In his final year as a Bauhaus student in Weimar, Gyula Pap helped out Georg Muche and the construction department by designing a floor lamp for their experimental house, “Am Horn”.

The light source is a special design feature in its own right – an exposed incandescent light bulb with a mirrored dome, which had just been invented at the time. The rays of light are channelled downwards, making the light source appear dark. The light is absorbed and refracted by the etched pane of frosted glass in such a way that it appears to float like a shining layer above the thin, nickel-plated metal tube.

This lamp was shown as an example of functional design in the Bauhaus Book No. 7, “New Work at the Bauhaus Workshops”, published in 1925. The only original model was exhibited at the experimental house known as “Am Horn” and has sadly been lost.

Our reproduction is based on a photo and a detailed drawing by Prof. Gyula Pap. Although no serial parts could be used for the production, with the exception of the socket and cable, all original dimensions were strictly adhered to.

Special tools had to be built, and metal parts had to be twisted and refined to faithfully recreate the original design and appearance of the floor lamp.

Each lamp is numbered consecutively and bears the TECNOLUMEN / BAUHAUS logo. 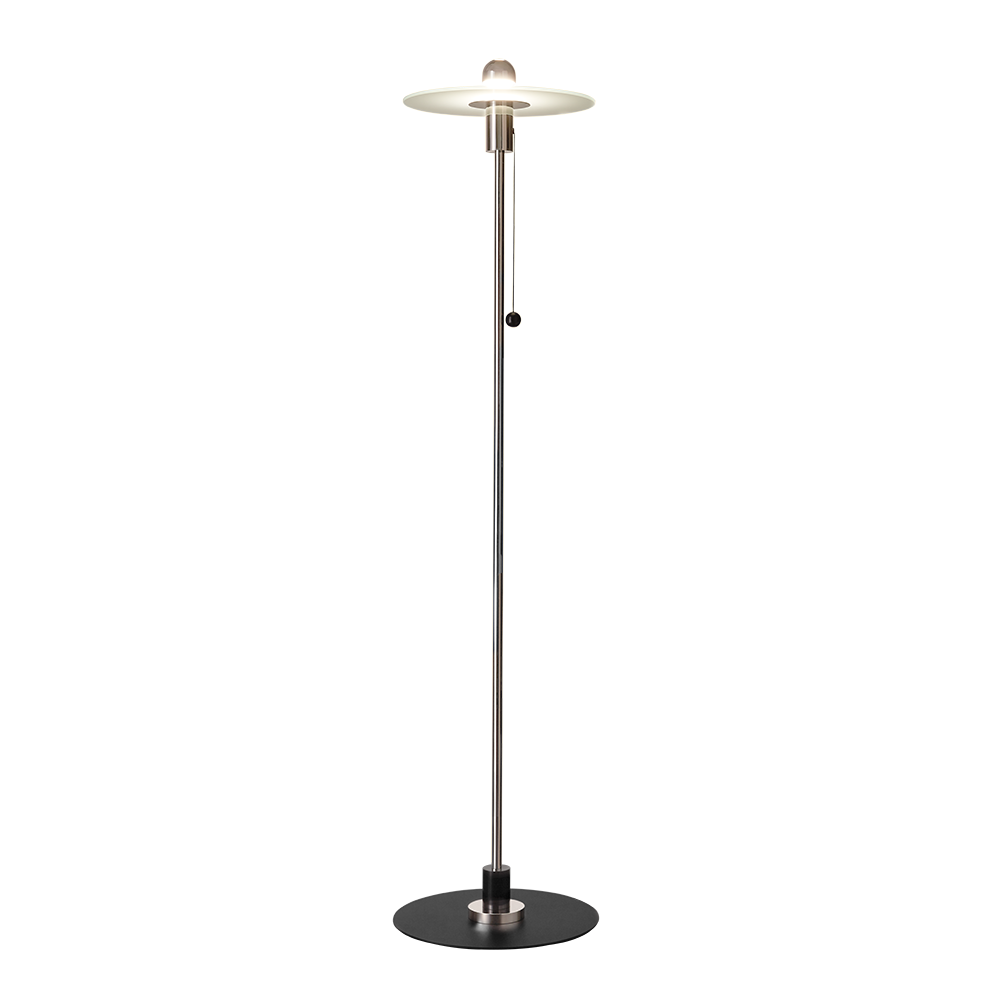 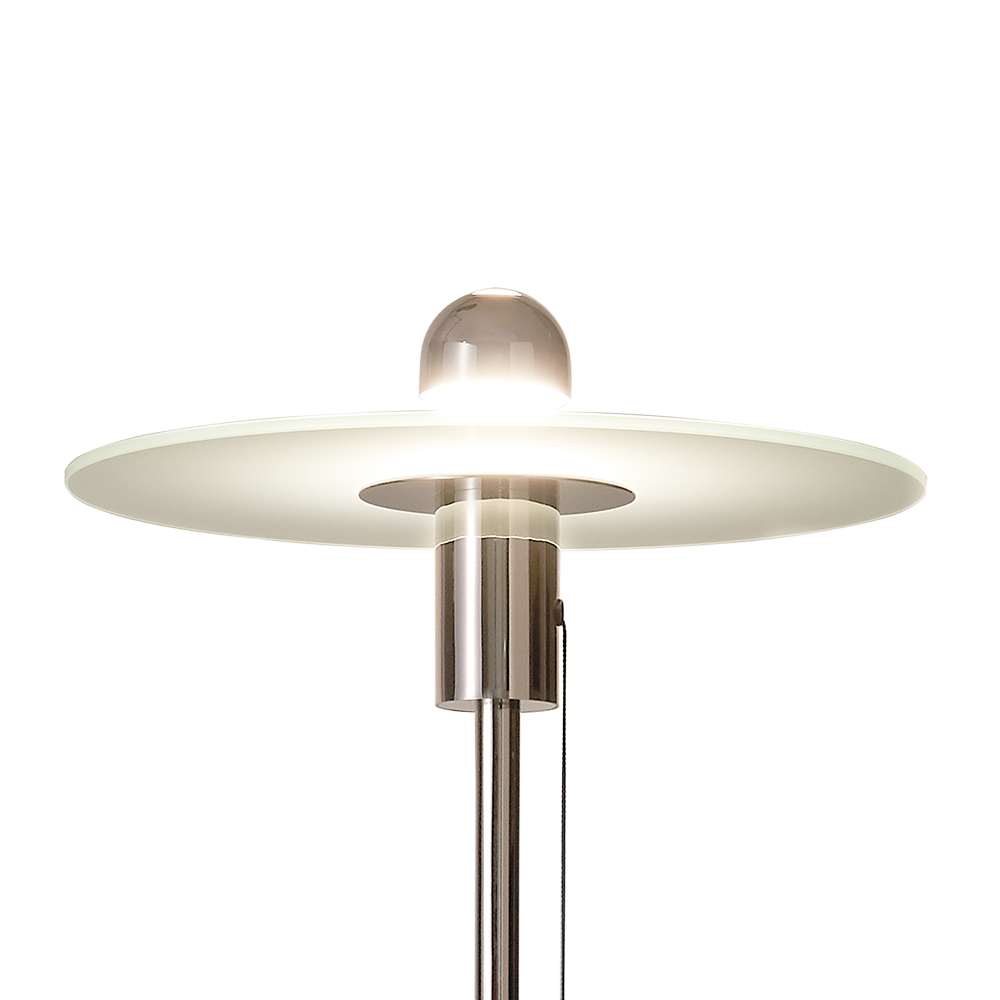 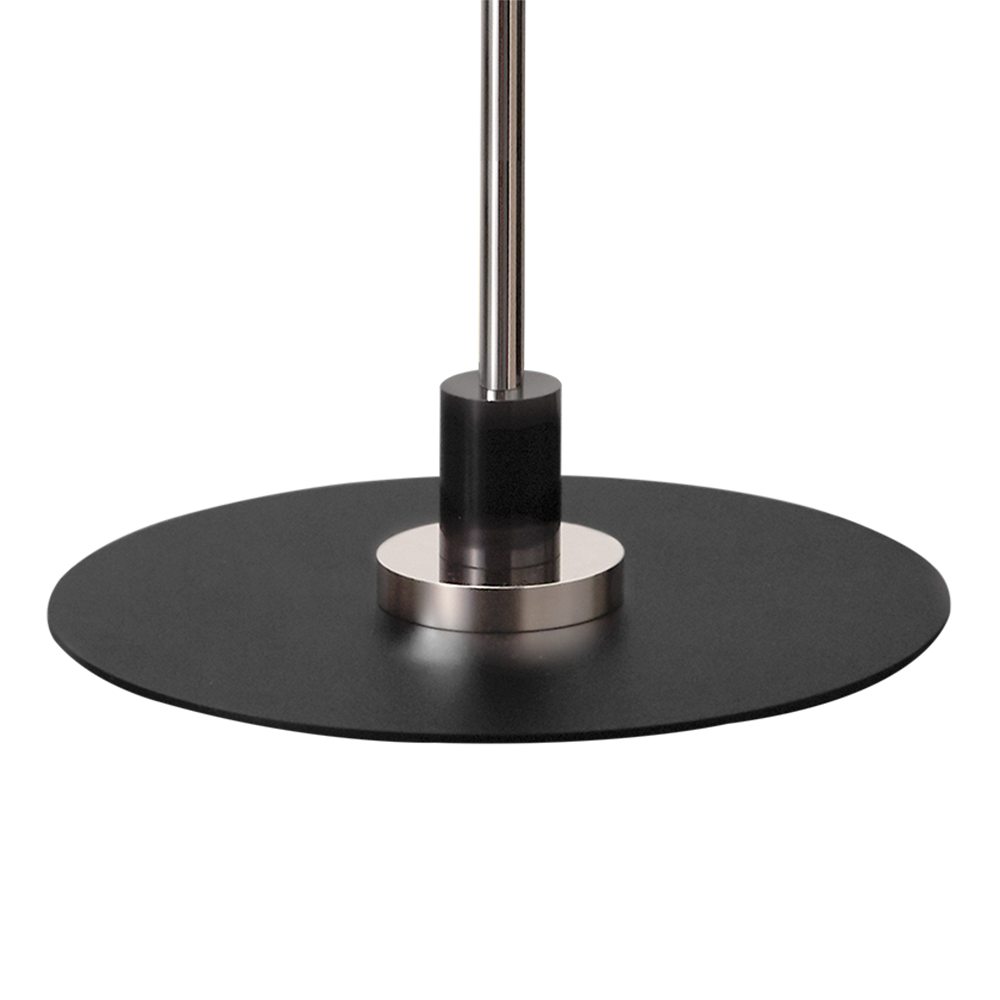 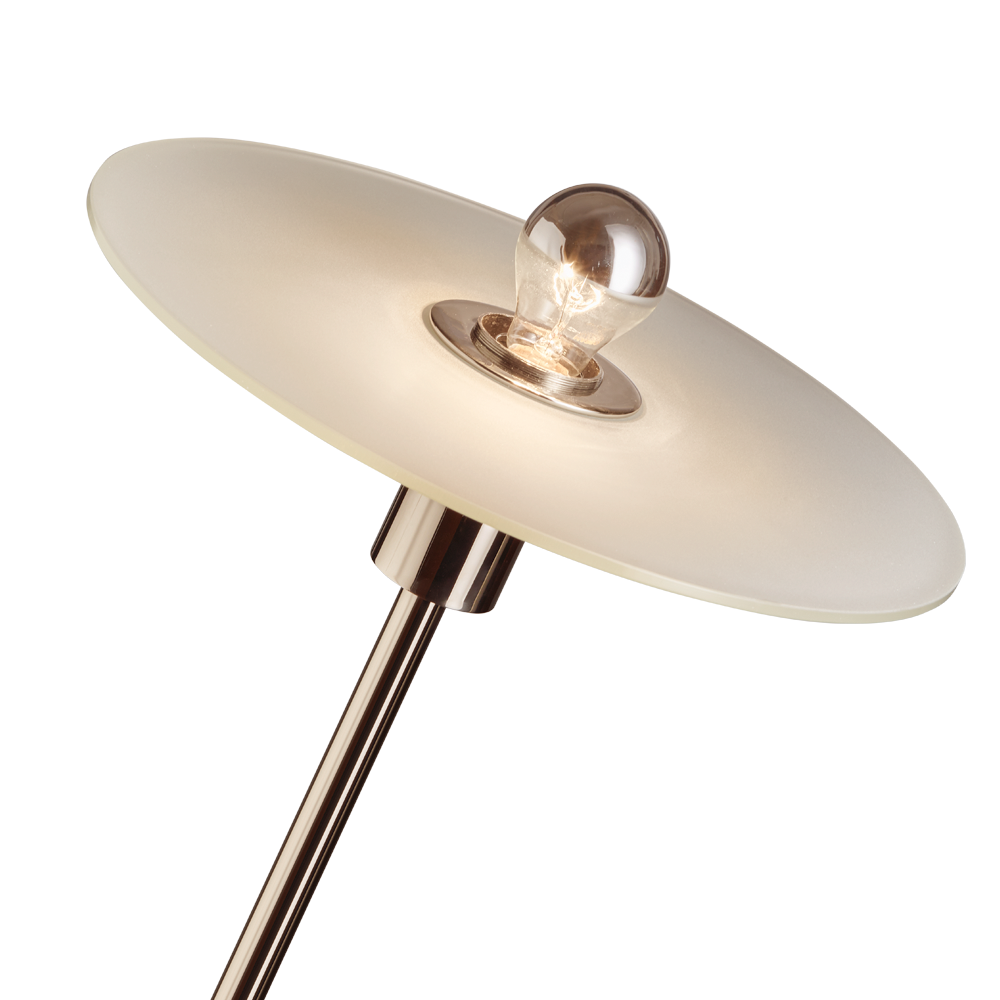 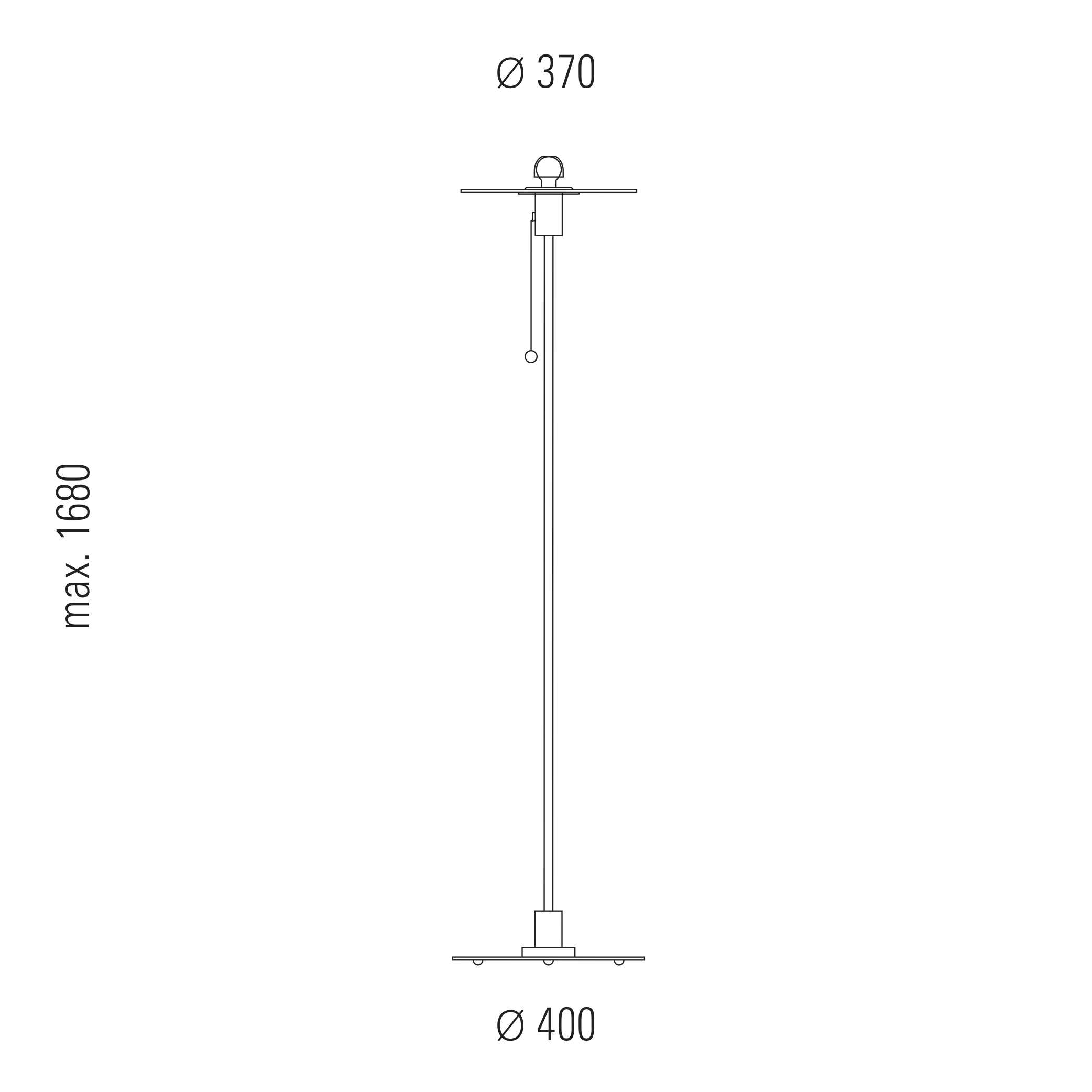 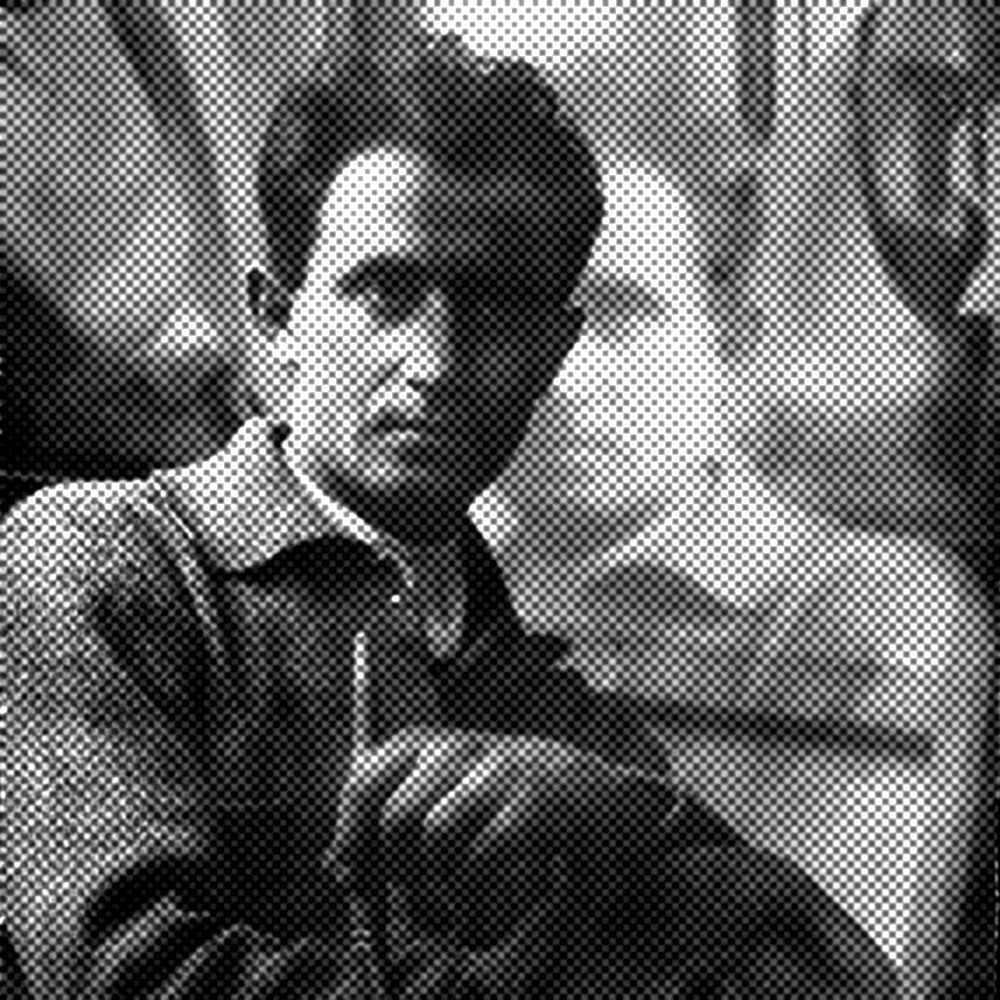 The Hungarian painter, lithograph, silversmith, designer and teacher was born in 1899. In 1920 he started his apprenticeship as a silversmith in the Weimar Bauhaus. 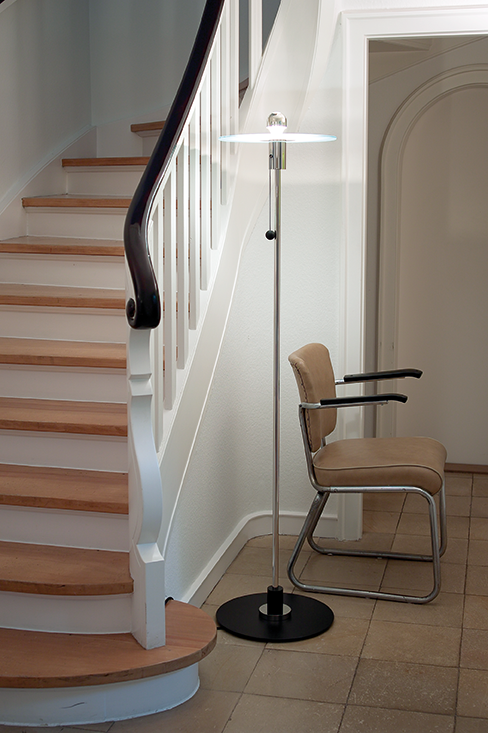 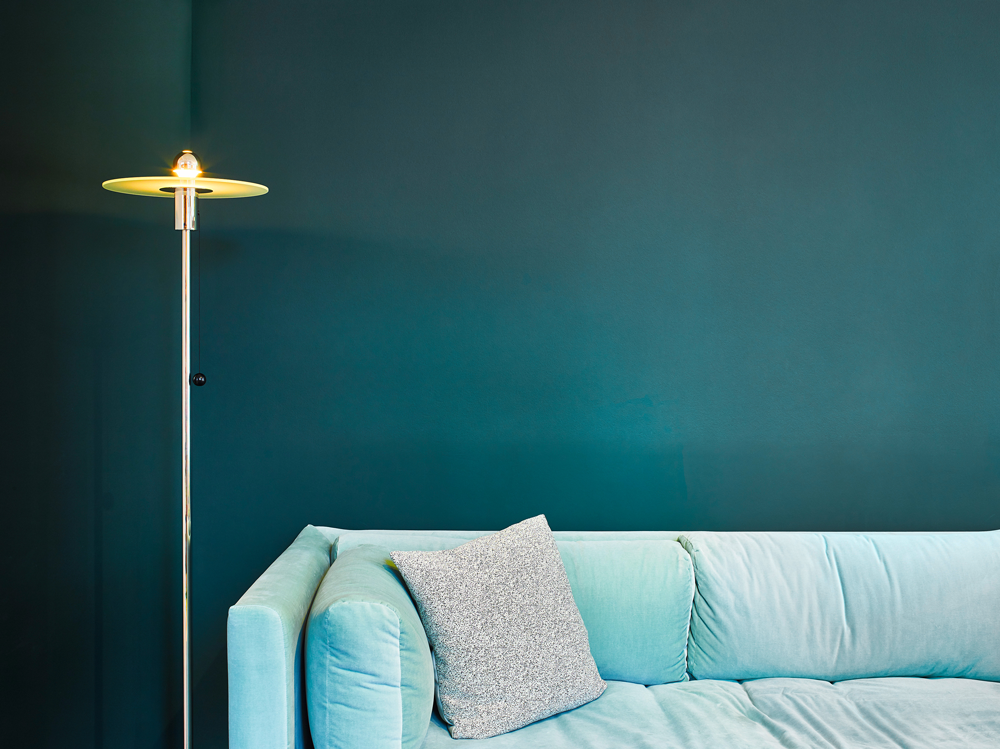