Egon Eiermann is considered to be the most significant architect and furniture designer in post-war Germany. He was one of the first to begin to conceptualise serial furniture to meet international standards of function and form, and that dictate the style of an entire generation. His structures are famous and numerous. His furniture is still partially being produced to this day. 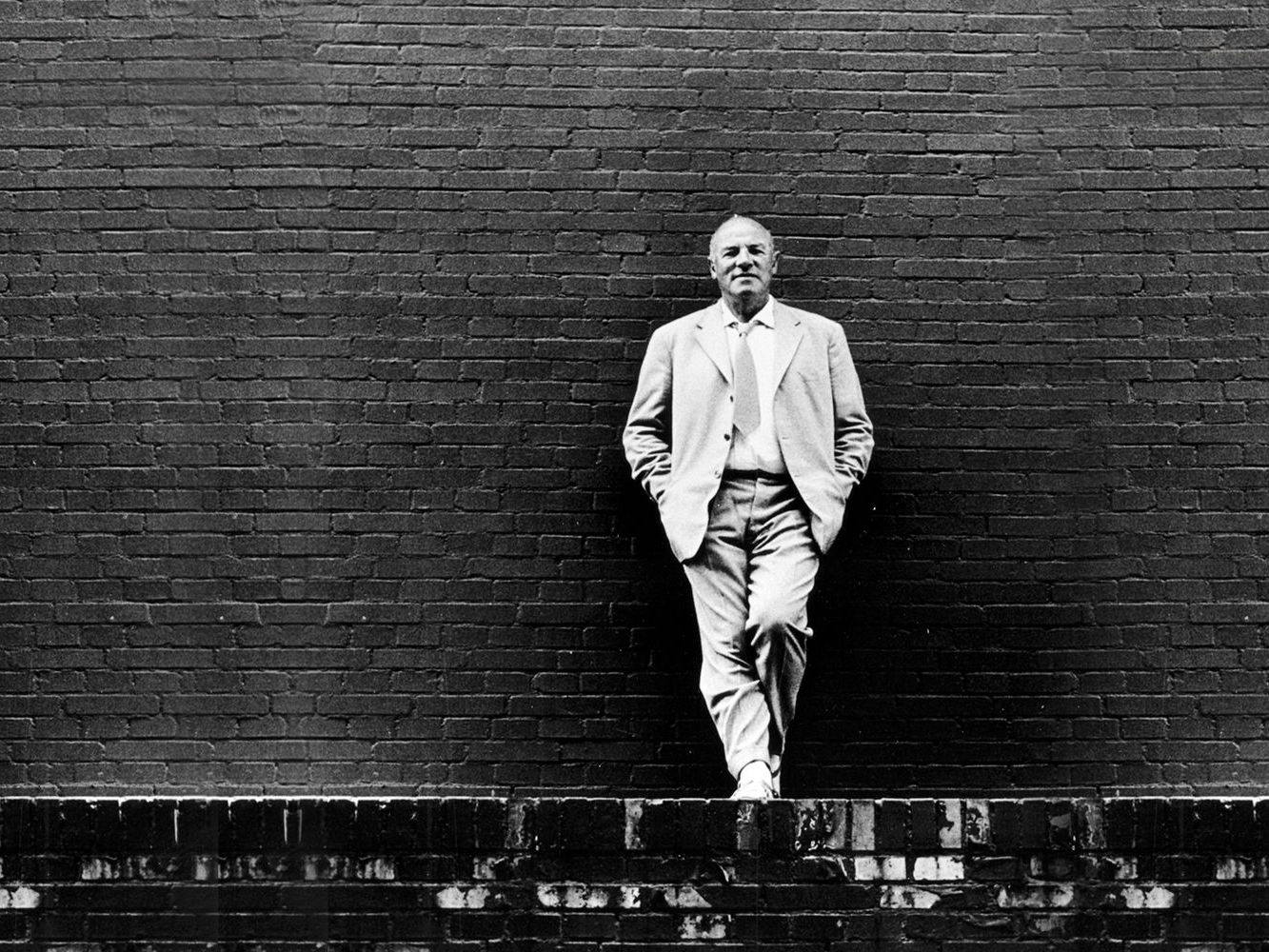 They are commonly referred to fondly as the “lipstick and powder compact”, monument preservation refers to it as a “city icon”, and he himself calls it his life's work. We are talking about the architectural ensemble of the Kaiser-Wilhelm Memorial Church in Berlin, that deteriorating war ruin built in the neo-romanticism style, that Egon Eiermann provided with a modern side. The architect didn't hold much of preserving the old, instead he relied on the consistent progression of the familiar. Functionality and practicality, transparency and reduction to clear lines were in the foreground of his designs. In his own activities, such as his role as professor at the Technical University Karlsruhe, he advanced the development of the Modern. Away from historical ballast, towards lightness.

The deliberate reduction, the omitting, the simplification has a deeply ethical basis: Something that is simple can never be disliked. 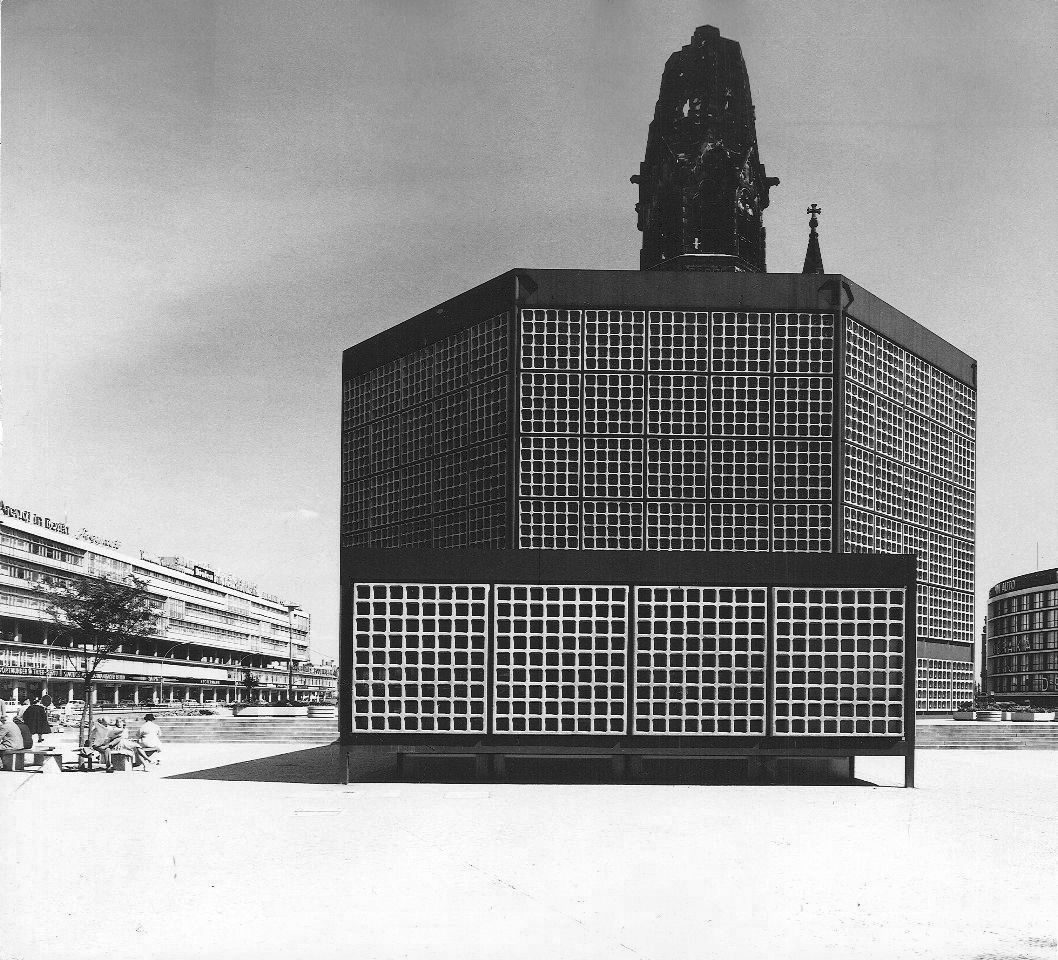 The expression and culmination of this liberation from everything that had come before, are the steel constructions that characterise Egon Eiermann's work in both architecture and furniture design. He picked up on Bauhaus design principles in his designs. The permeability of the intermeshing of the inside and outside, nature and constructed space became an expression of democracy in architecture as well as in furniture design. With its reduction to the line, the reflection on pure form and liberation from overflowing accessories, anything heavy and additional, Eiermann achieves a modesty in his designs that seems to free his objects from historical contexts while still presenting them as a consistent continuation of what came before. 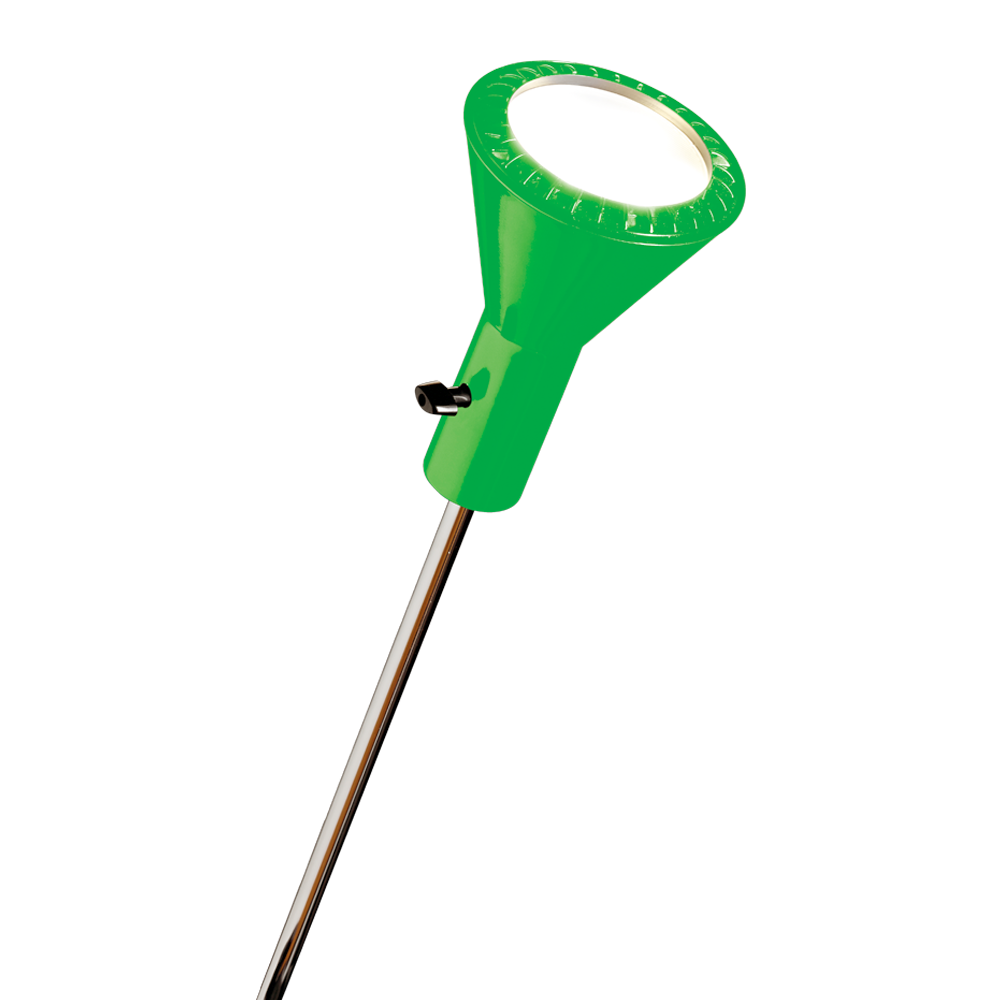 Nonetheless, or perhaps for this reason, the works are characterised by timelessness. It is no wonder then that his buildings are classified as historical monuments, his desks and chairs enjoy great popularity up to this day, and can be found in many public buildings, as well as modern agencies and private spaces. The ceiling light from 1957 is no doubt also one of the products that is still as exciting as ever. Specially designed by Egon Eiermann and Sepp for the world exhibition pavilion in Brussels and actually produced in a small series, the ES 57 soon enjoyed great popularity.

Egon Eiermann travelled to Italy in 1954 to take over the construction of the Triennale in Milan. It is possible that Gino Sarfatti inspired him here, whose lights, which are exquisite and functional at the same time, like sculptures, set the stage for the light itself. However, it is also possible that the construction of the pavilion with its intermeshing cubes, the penetration of the exterior space with the interior world, the crossing lines and maximum transparency culminate in this light. 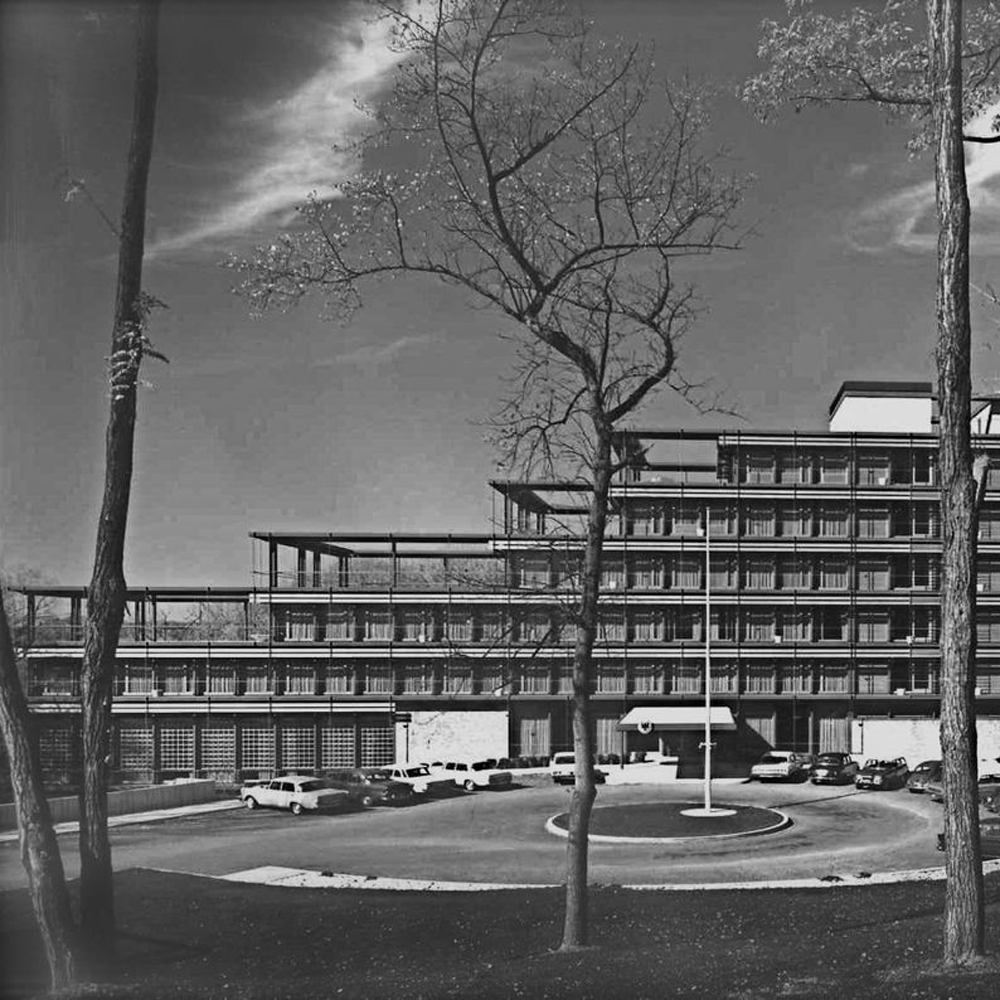 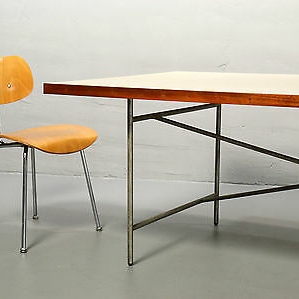 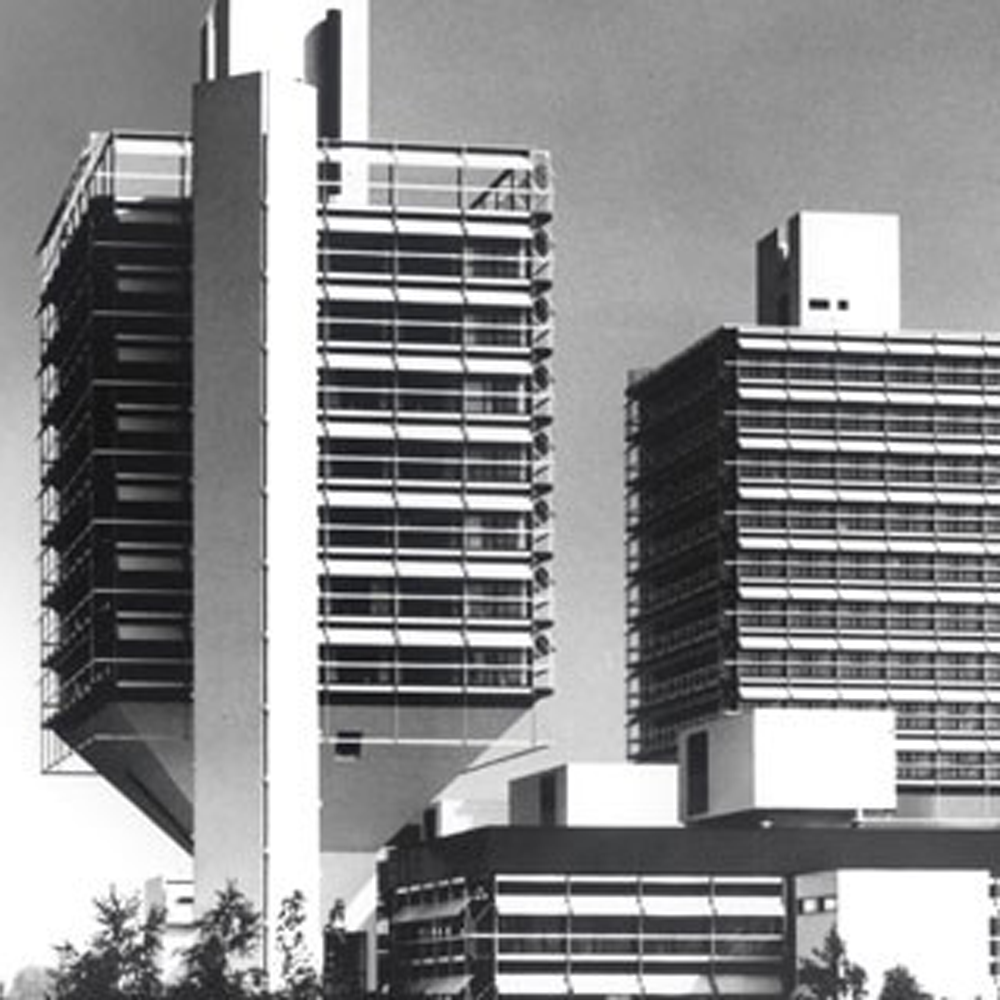 Then again, perhaps it is also the influences of all his encounters with architects from the previous generation, with Walter Gropius, Marcel Breuer or Ludwig Mies van der Rohe. Perhaps it was the confrontation with the ideas and ideals of the Bauhaus, design that reaches beyond the limits of architecture. Perhaps it is the concept of putting the focus of design on functionality. It is possible that his confrontation with international developments during his trips to the United States also contributed to this German architects signature. And it may also be a blend of all of these aspects. In any case, the ceiling light ES UZ continues to inspire – even sixty years after the design of its fine, delicate appearance.

Featuring abandonment of any embellishments, reduction to functionality that almost gives it a sculptural touch. Egon Eiermann himself may have been less excited about creating an object that endured so long. And perhaps he would not have agreed to his structures surrounded by scaffolding at the Memorial Church in order to save its substance. Instead he may have preferred to design something new. A new building, new furniture, a new light ... but even though it was constructed a long time ago, it is still beautiful.