„Lamp! Design Icon in the Light of Art“

„You can’t make them better,“ Dieter Roth established when Walter Schnepel handed him a WA 24, „but you can always use a lamp.“ That was in 1995. 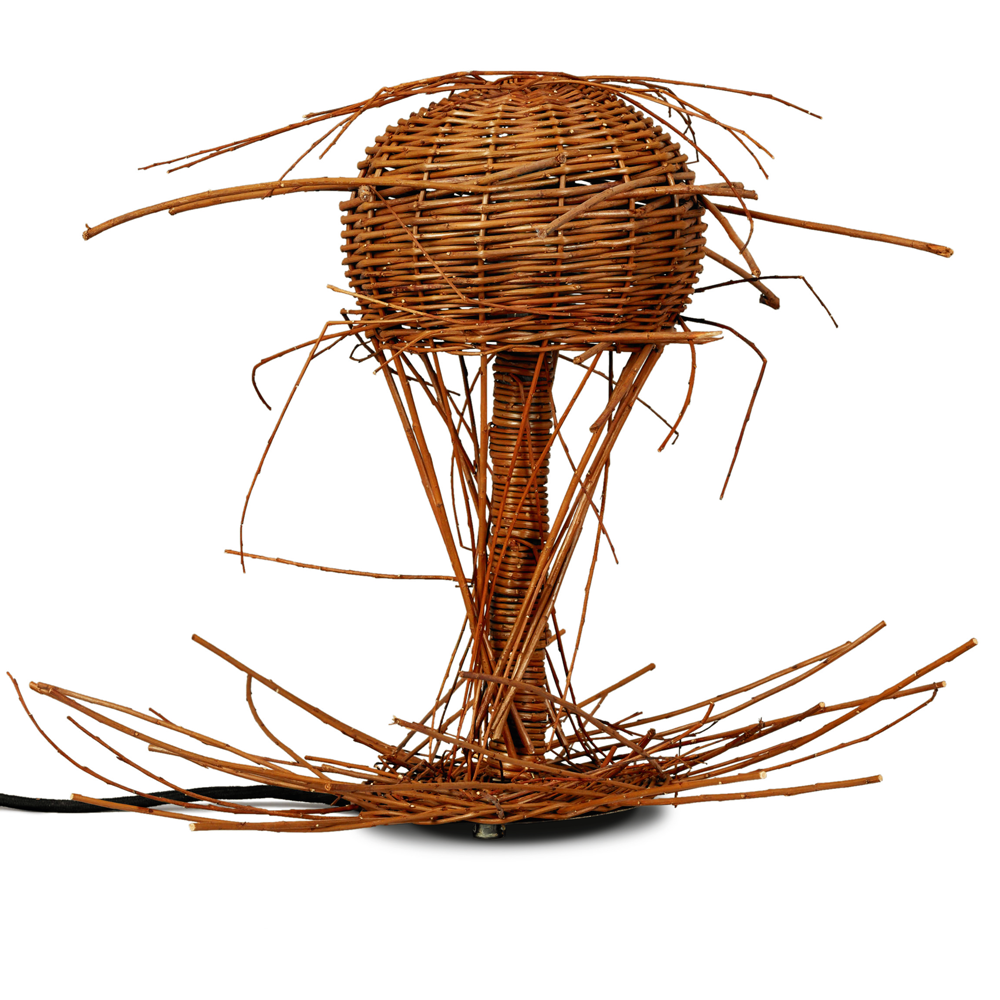 So what was the thought behind everything that Walter Schnepel had when he gave WA 24 to Dieter Roth and to 31 other artists in the course of the following few years? As Peter Friese makes clear, it’s neither about “re-examining the proximity, or even the congruence of art and design,” – and one might almost want to add: “unnecessary” – nor about a ranking list. No, it’s about something else. It’s about the design icon as an “object of artistic interest,” about “opening up and debating a field of experimentation”. It’s about “using the means of art to raise an outstanding design product to another level of aesthetic reflection that is traditionally reserved for art”.

In other words: Walter Schnepel delivered a WA 24 to 31 artists and received one work of art from each of them in return. 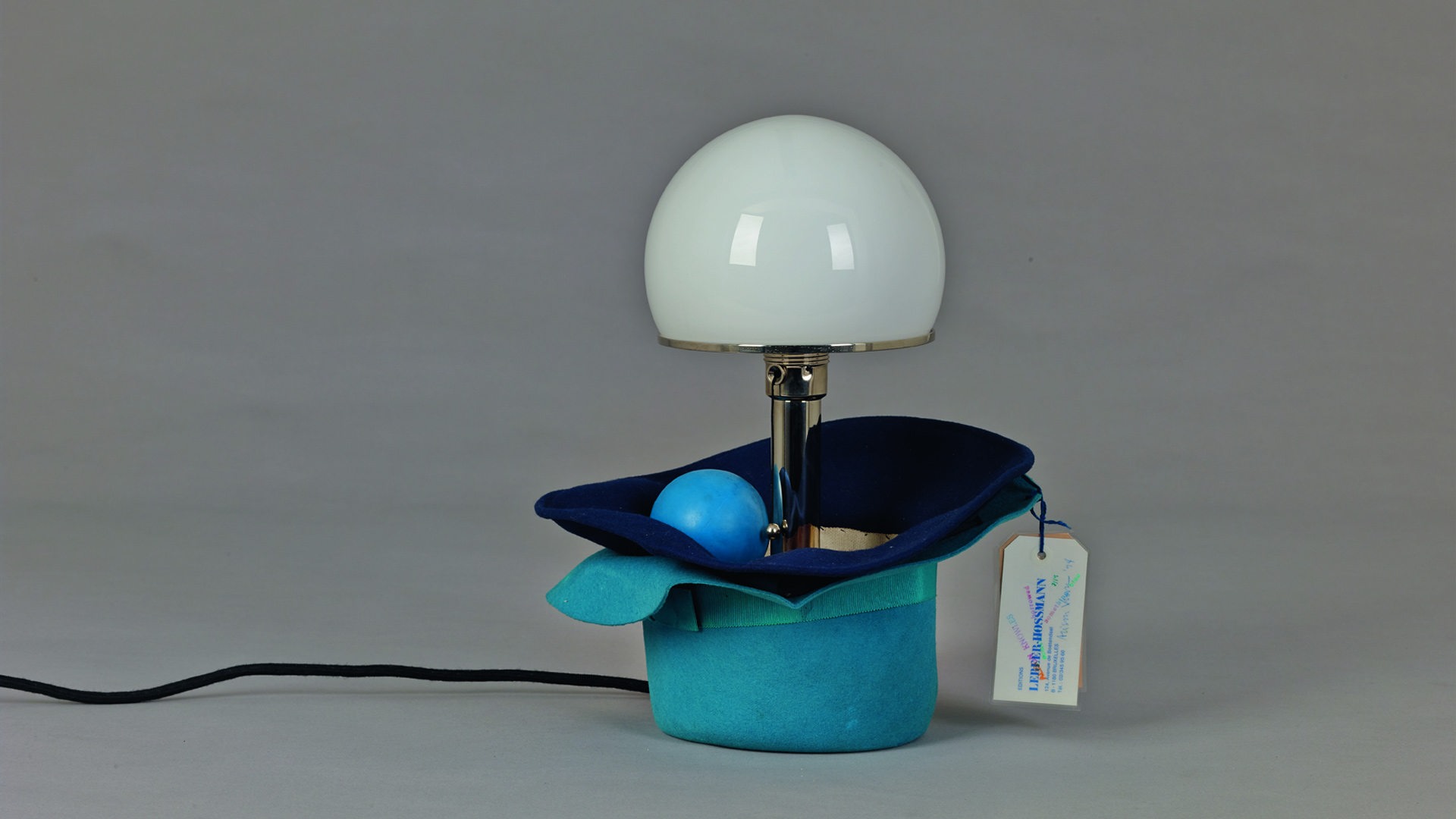 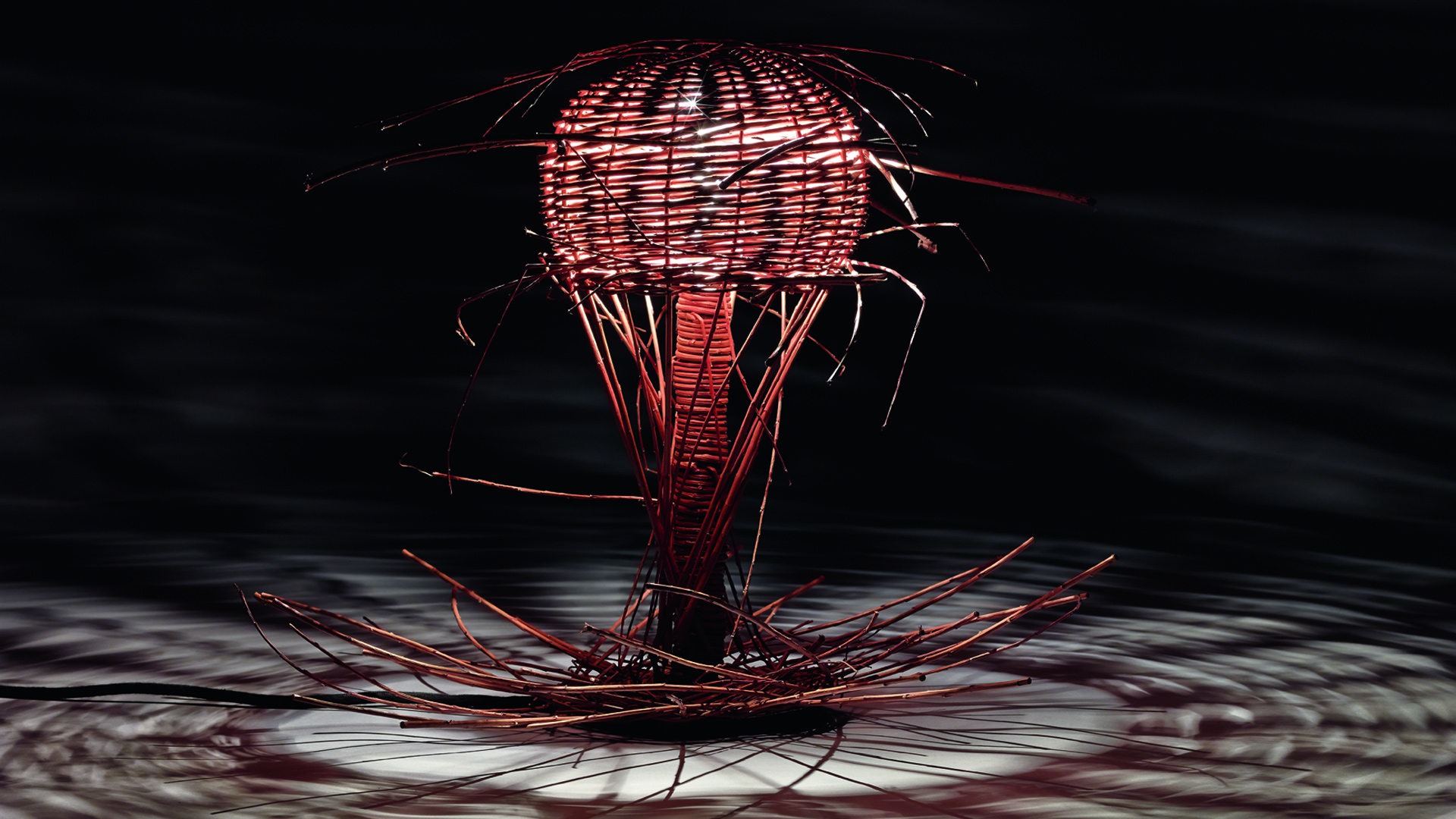 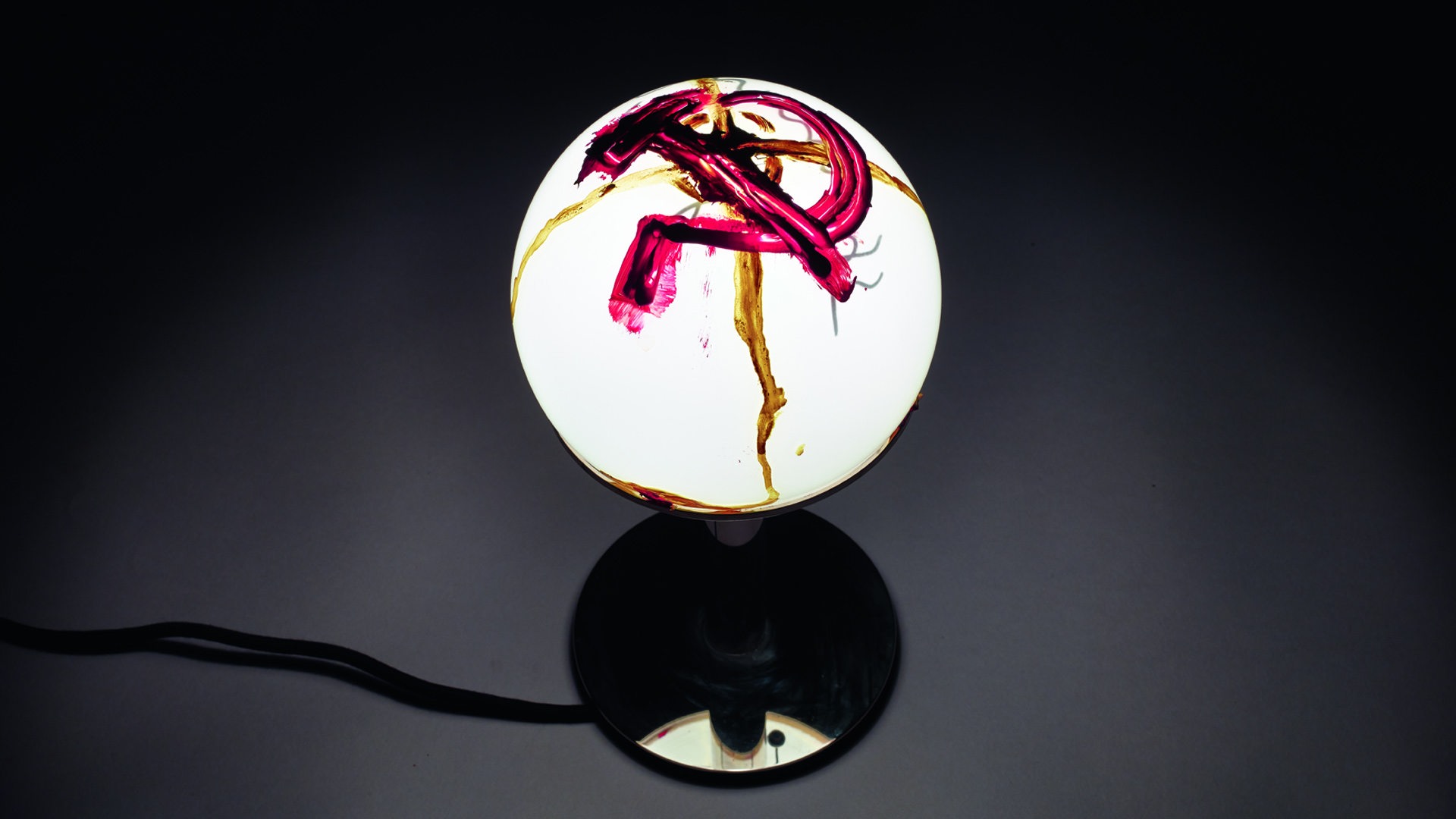 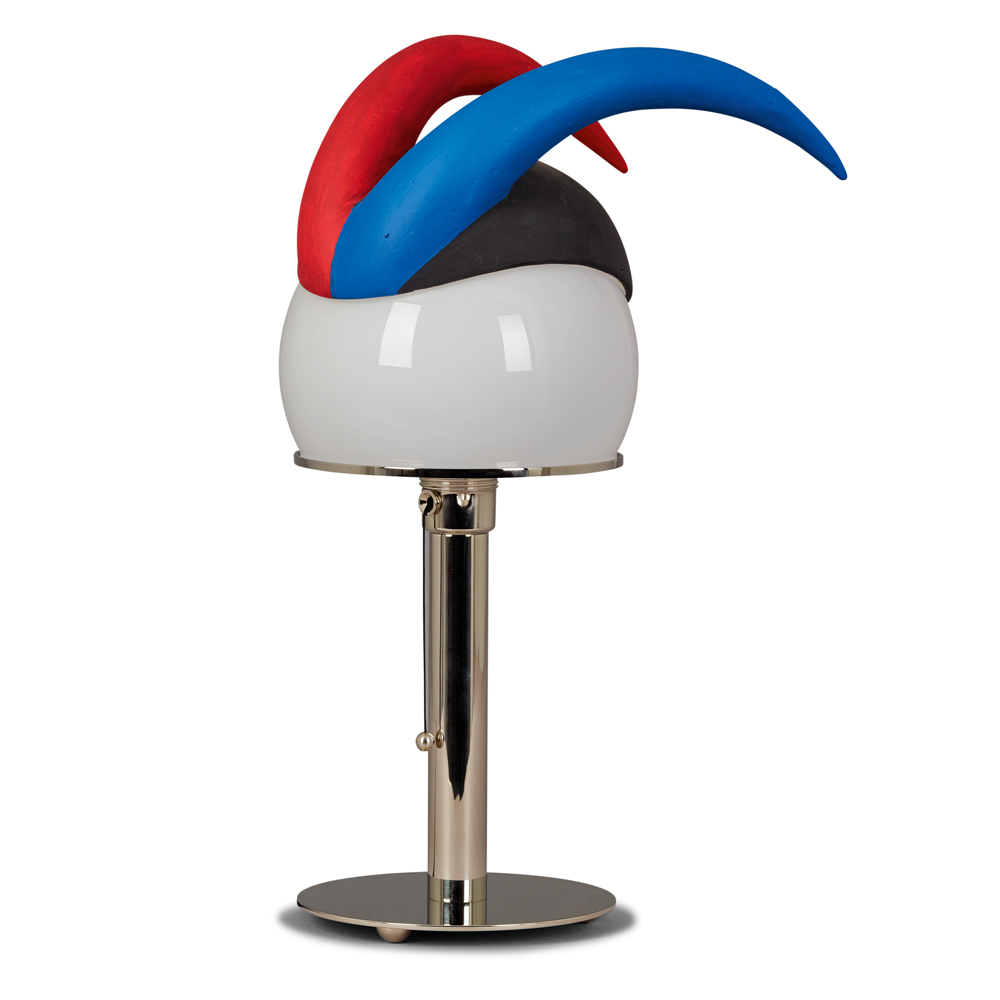 31 individual confrontations with an object. Revised, commented, reinterpreted, alienated, sometimes ironic, sometimes appreciative, and sometimes grotesque. Within twenty years, a diverse collection of works was created, starting from a work that was considered ideal-typical and unsurpassed in its perfection of form. Jochen Fischer, for example, completely covers the lamp with wicker, thus seemingly making the icon disappear fully – yet not without making it reappear through a sensual play of light. Fritz Schwegler humorously puts a fool’s cap on the Wagenfeld lamp. And Susanne Windelen fills the perfect smoothness of the lamp with white plastic resin, mixes the mass with fluorinating particles – and in her way places the lamp’s luminosity at the centre.

Aldo Mondino performs an art-historical rearrangement, hanging two Bauhaus lamps with ballpoint pens and calling his work “Jugend-stilo”. Daniel Spörri, on the other hand, removes the lampshades and reinterprets the glass covers in his black-and-white photography – an object of pleasure instead of a luxury item. This way, especially workpieces that transcend boundaries and taboos were created. Workpieces that question the regularities of beauty and function and juxtapose static objects with a dynamic element – an idea that is also inherent especially to the Fluxus movement. And Dieter Roth? Eventually, he placed his WA 24 on BAR no.1, put a beret on it and poured red paint over it.

In his work, which is subject to constant change, he thus sets a counterpoint to the timeless quality of the Bauhaus lamp. Change and rebelliousness instead of equality and perfection. Above all, however, as a result of all its interventions, in all of its transformations, the Bauhaus lamp acquires a symbolic meaning, thereby extending its function and beauty, and becoming an “object plus y”.

From June 2019
In the „Centrul de Interes“
cluj-napoca, Klausenburg, Romania 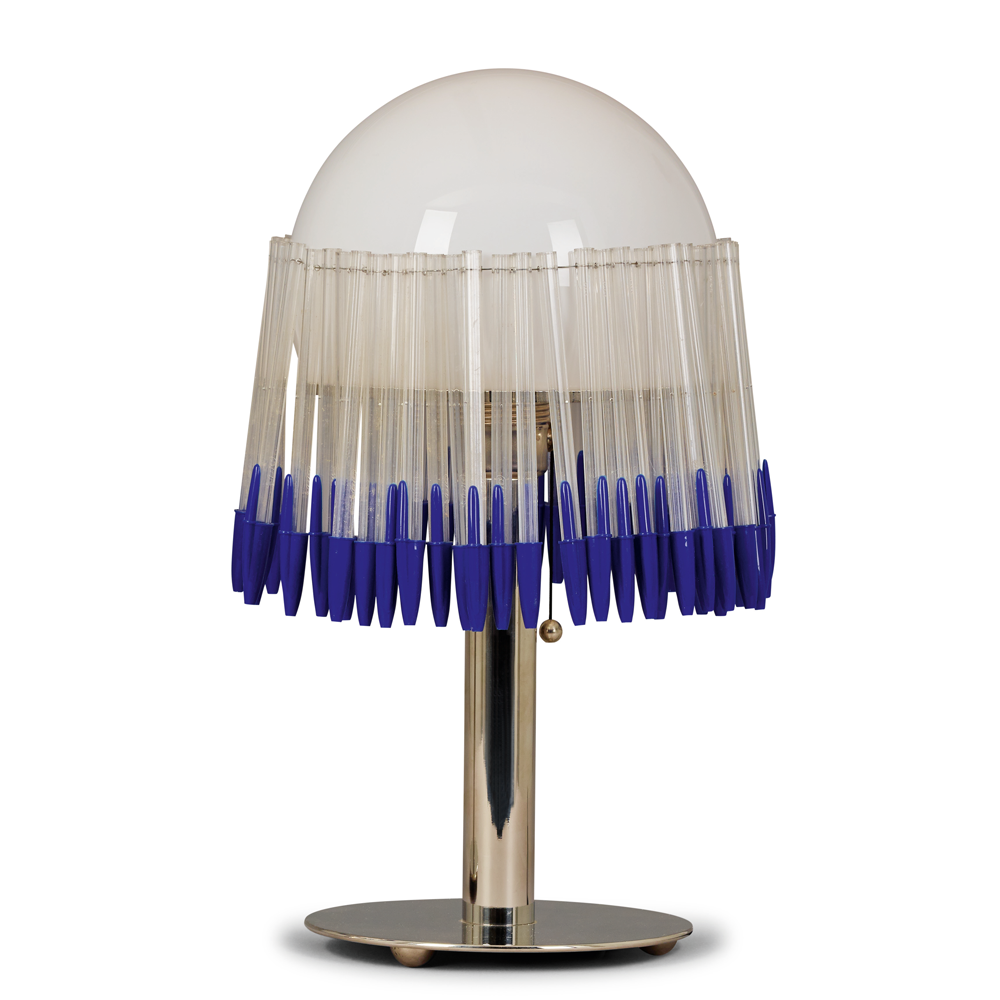 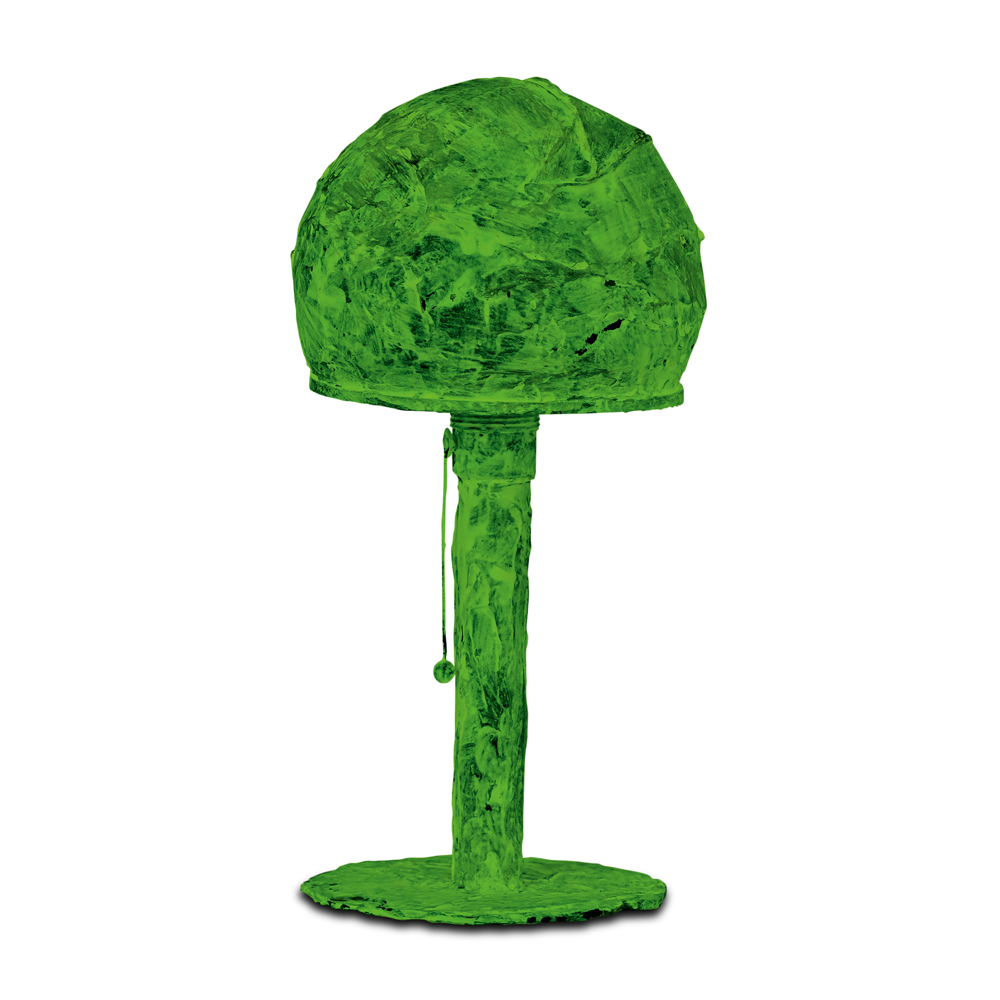 Interpretation of Susanne Windelen, 1998
This website uses cookies and related technologies. If you continue to use the website, we assume your consent. You can find more information in our data protection declaration .