The “Buquet” table lamp is impressively functional, stunningly elegant and mysteriously fragile. It was developed in 1925 by a French engineer and designer by the name of Édouard-Wilfrid Buquet. He must have suspected that he’d created something special, as he patented parts of the lamp, especially the joints, at the Ministry of Industry and Commerce in Paris just two years later on 9 February 1927 – at 16:29, to be precise! While we know that Édouard-Wilfrid Buquet developed many fine lamps, that’s sadly where our knowledge about him comes to an end. However, the shape of the EB 27 table lamp perfectly reflects his feel for aesthetics and functionality, which was closely related to the esprit of the Bauhaus movement.

In his lamp from 1927, Édouard-Wilfrid Buquet interprets the search for balance as a shift in weight. In fact, he describes this poetic shift of light in his patent as a “rotatable light fixture with articulated joints”. In practical terms, this construction allows the light head to be moved into almost any conceivable position by slightly shifting the weights.

In addition to the table lamp, Buquet also developed wall and floor lamps according to the same principle. Although the French designer’s Bauhaus-style lamp became a global hit that was highly regarded and mentioned in several publications, little more is known about Buquet and his work.

The object rose to fame thanks to Lucien Rollin’s Desk of a Technician, made of oak and Swedish birch, which was exhibited alongside the lamp at the Salon of the Société des Artistes Décorateurs in 1929. Buquet’s design was presented to an even greater audience through publications in French magazines in the late 1930s. It became one of the most popular table lamp designs of the Art Deco period and the 1920s, and it was often integrated in the interior designs conceptualised by architects like Le Corbusier, Marcel Breuer, Joubert and Petit, Maurice Barret, Louis Sognot, and Marcel Coard.

Buquet designed and produced several variations of the lamp until 1940, although the double-arm version proved to be the most popular due to its functionality. He even designed silver-plated versions. A specimen of the “EB 27” lamp is exhibited at the Museum of Modern Art in New York.
The price of an original lamp was set at $10,000 in 1997.

We had to modify certain details for technical reasons, namely the interior of the flexible joints and the stand, which used to be made of wood. Since the small reflector will only take a small holder, we have equipped the lamp with halogen 50 Watt. The transformer is housed in the stand, which is thus made of metal. Virtually all the parts have to be handmade. The brass, which is the metal used, has been finished with a 0.9000 silver coating, and finally brushed to provide a matt surface. 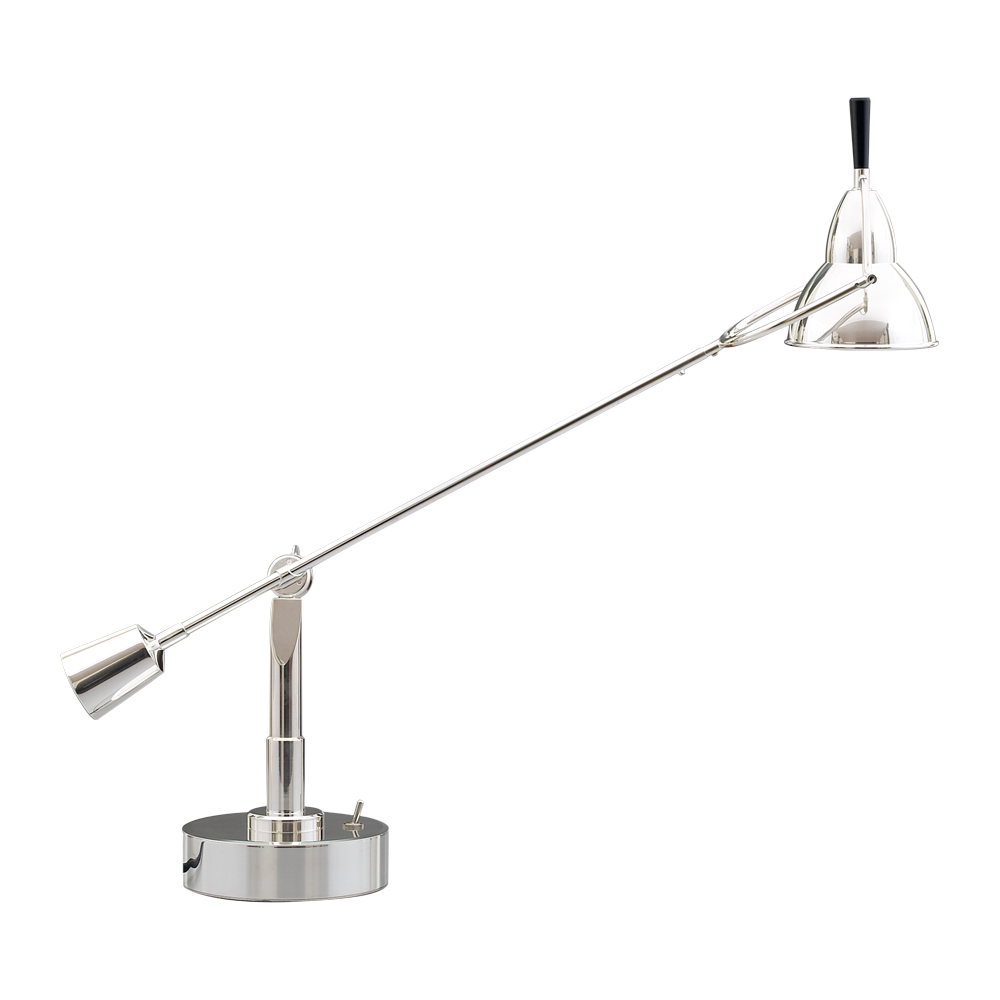 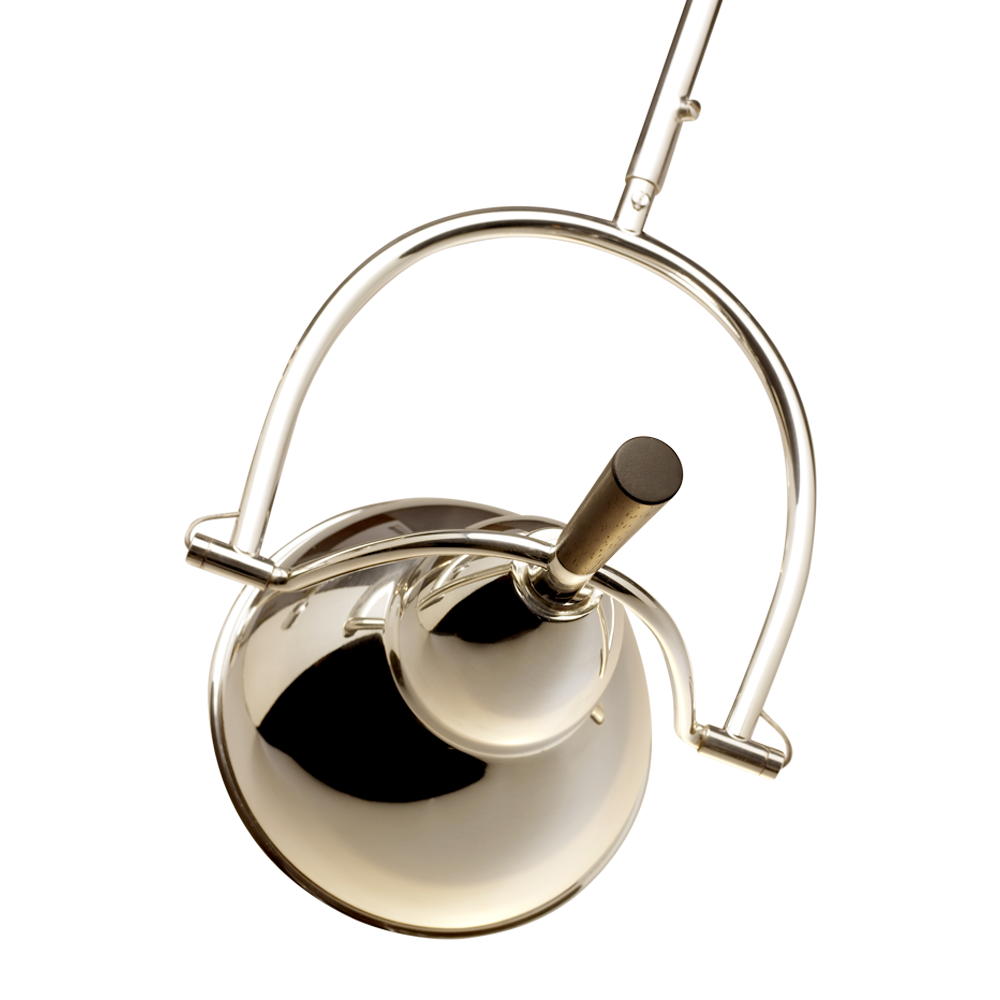 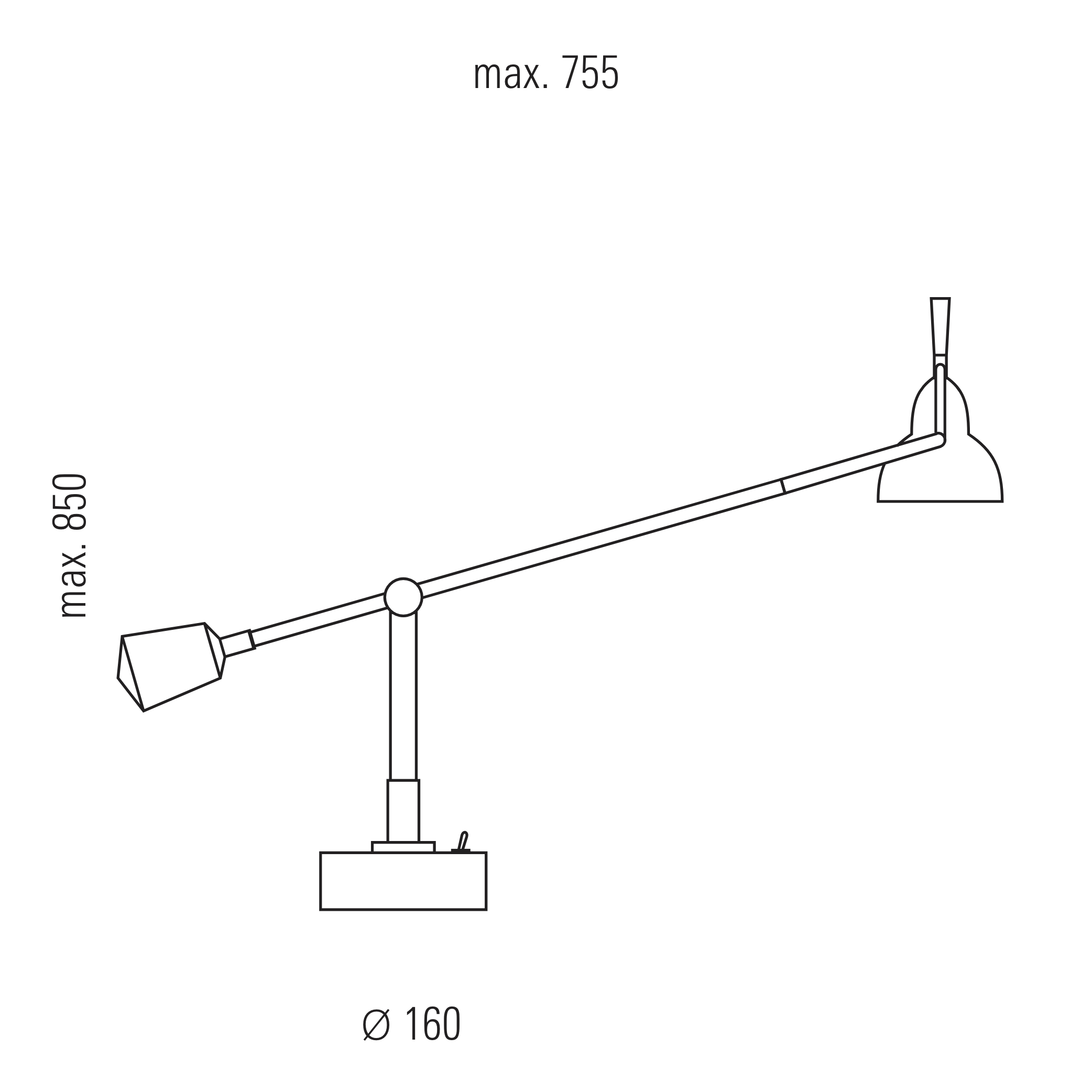 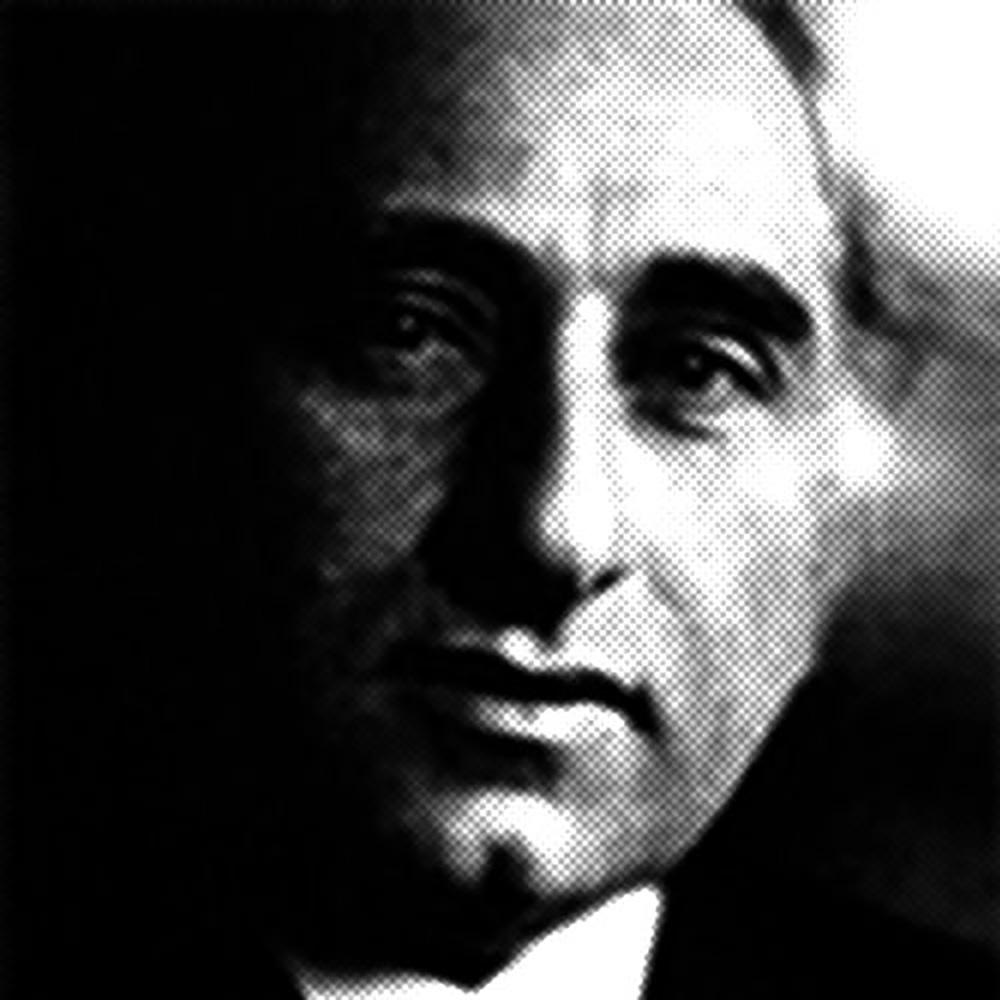 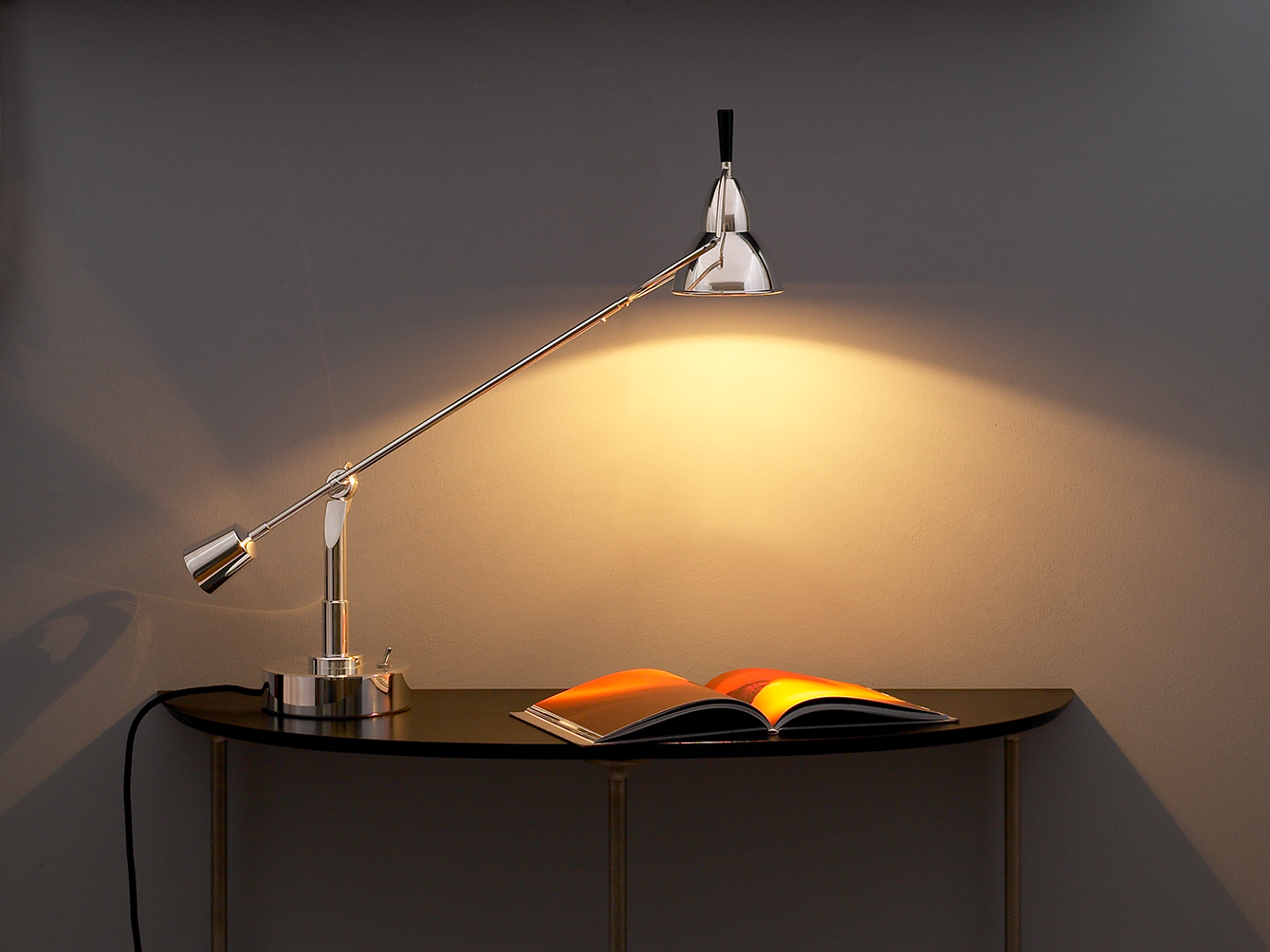 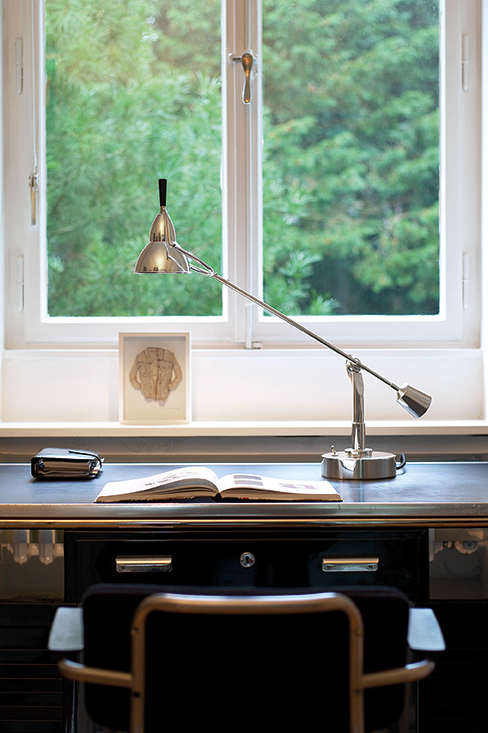