From Arts and Crafts via De Stijl to Bauhaus

Bauhaus without its founding father Walter Gropius? Simply inconceivable? What about its previous history? Although Gropius made no mention of beginnings, roots or sources of inspiration, Bauhaus didn't simply happen as the result of a brainwave but emerged as a development that tells its own story. A development in terms of society at large and design in particular, consisting of currents that made Bauhaus possible in the first place, and theories still used today as the basis for this influential approach to design. 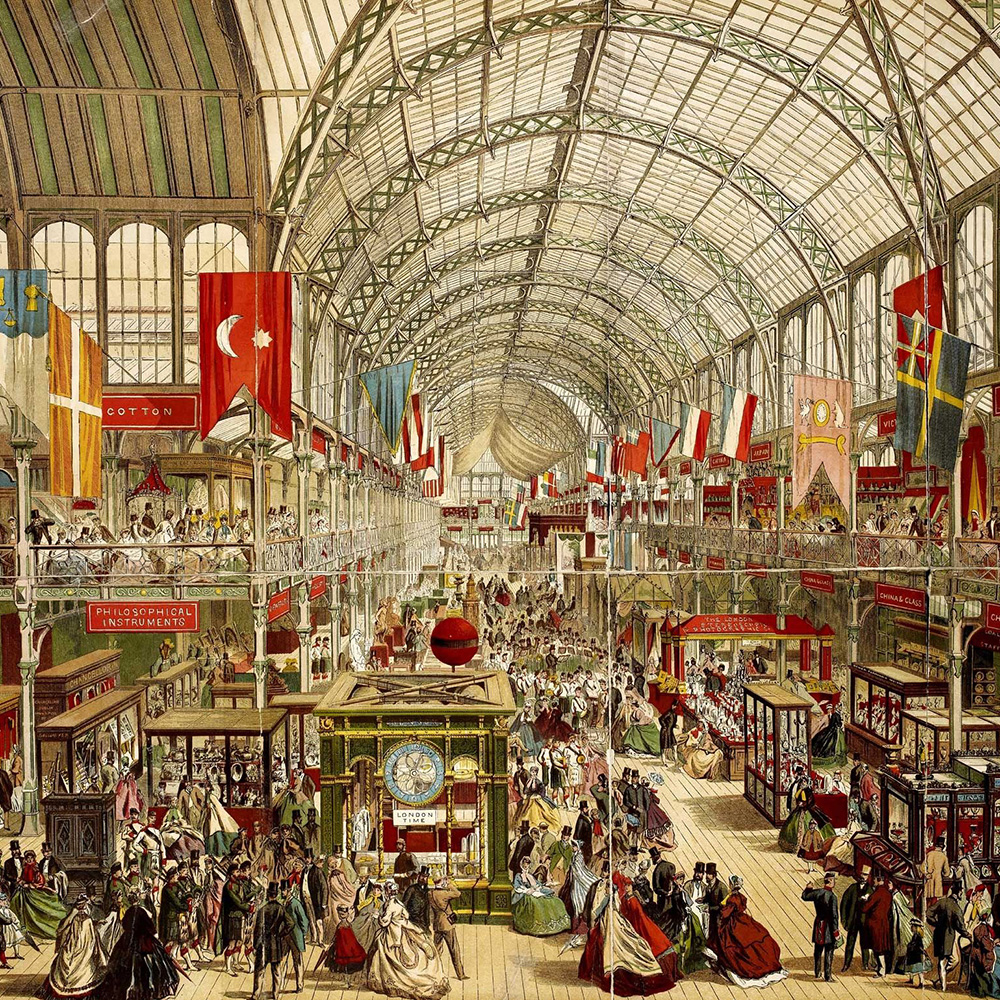 So how did it all begin? The early history of Bauhaus takes us back two centuries. Back to the 1870s, to be precise. In terms of social development, it was a time of epic upheaval. But not everyone thought the industrial revolution was a good thing. While some saw the transformation from agricultural to industrial production as a new era for mankind with inestimable opportunities for society and the economy, others warned of cultural losses and dangers. Art historians such as John Ruskin and Gottfried Semper examined the rapid changes of their time, representing the views of many in defence of innovation and progress or conservative-romantic preservation of value; Karl Marx and Friedrich Engels saw the impoverishment of the proletariat rather than technological and economic progress. Despite being surrounded in controversy, in 1851 the Great Exhibition opened its doors in London. More than 100,000 exhibits were on display.

They presented the status of development of the whole of mankind, illustrating both the diversity of industrial design and the latest production methods. Exhibits including Joseph Paxton's Crystal Palace made it an unforgettable experience for around six million visitors. Semper compared the abundant diversity of industrial produces presented at the exhibition with the Tower of Babel. Despite all scepticism and hostility, European designers found new inspiration in the exhibits from all over the world. Edward William Godwin from Great Britain was one of the most exciting designers of the day, with modern designs made timeless by managing without historical features. 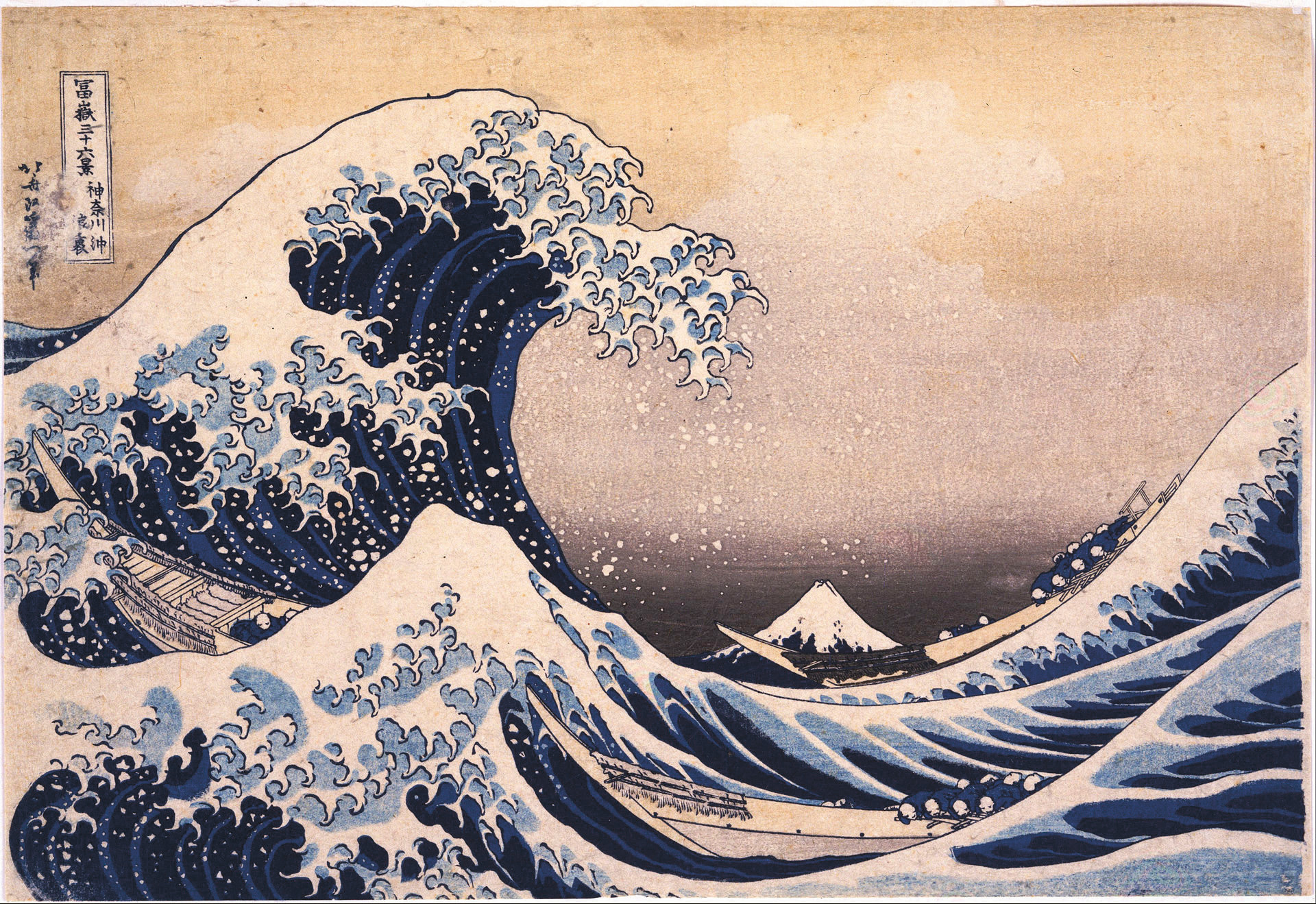 Japonism was one of the prime influences, with its reduced simplicity being a perfect match for the emerging possibilities for machine production. Generally speaking, the new production forms changed the design of many every-day objects. Industrialisation made it easy to have access to things that used to be unique, turning them into mass products with the possibility of unlimited reproduction putting them on the shelves of middle-class households. But the use of machinery in the production process increasingly became separated from any kind of craftsmanship and inevitably led to a longing for originality.

Instead of plain unadorned items for industrial production, it was in fact by focusing on natural, honest materials and processing them with honest, simple craftsmanship that the Arts and Crafts Movement made a name for itself in England and beyond, with an ever increasing number of followers. This antiindustrial movement aimed to eliminate the distinction between free and applied art, finding inspiration in the shapes and colours of nature, in Mediaeval Europe – and in Japanese art. 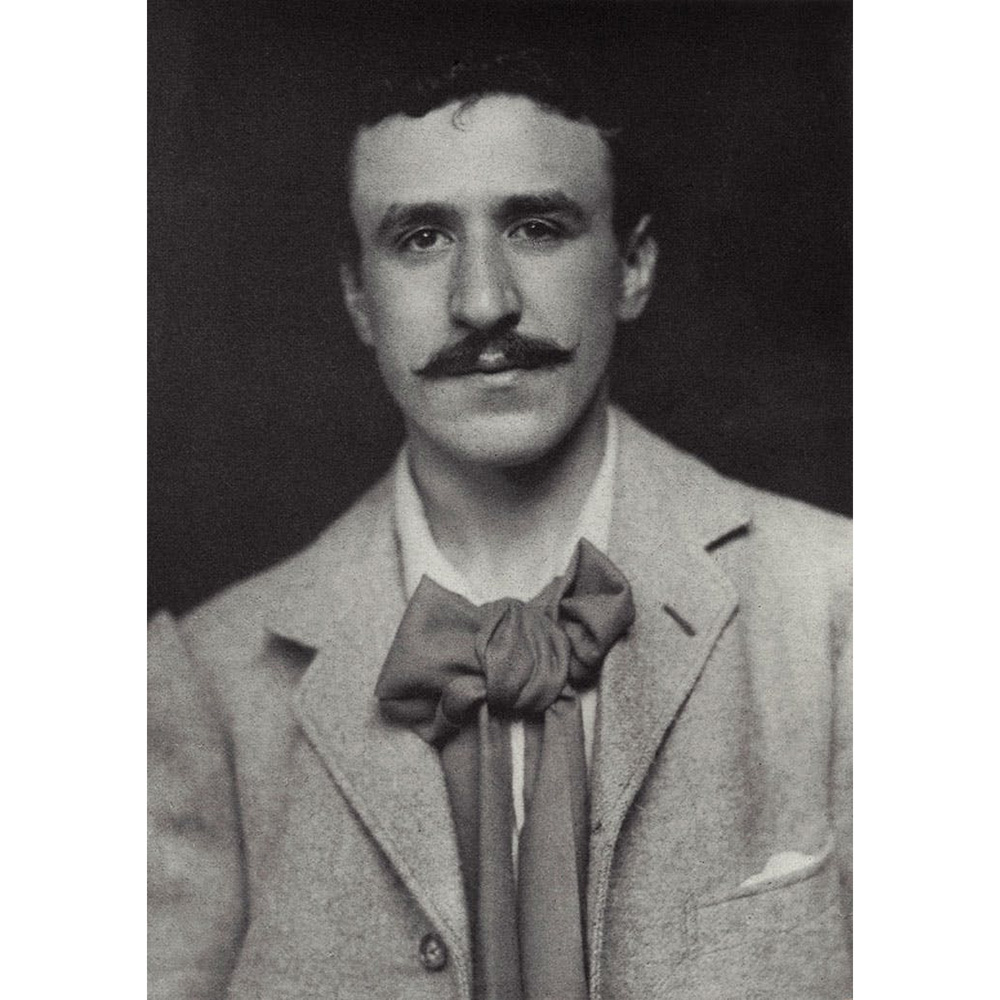 Charles Rennie Mackintosh was arguably the foremost proponent of Art Nouveau in Britain and one of the most influential Scottish designers. 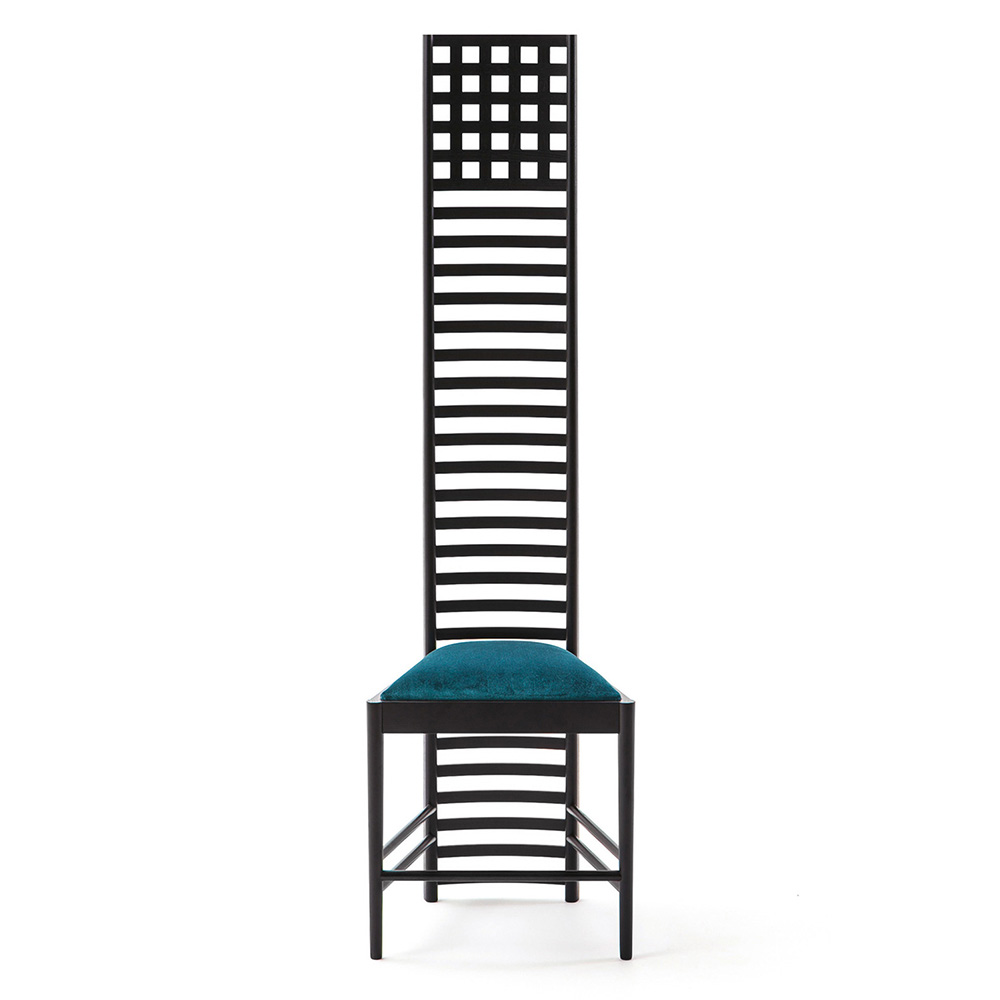 The "Hill House Chair": An iconic chair that fully reflects the style of the master and his penchant for accepting the most complex productive challenges.

It didn't take long for similar developments to emerge. In Scotland, it was the city of Glasgow that became a leading centre for architecture and design, with the region's shipbuilding industry promoting the demand for craftsmanship and design. Frances Newbery founded the Glasgow School of Art with a focus on traditional techniques and craftsmanship. One of the best known representatives of the Glasgow Style is Charles Rennie Macintosh. He worked with James Herbert McNair and the sisters Margaret and Francis MacDonald as The Four to propagate the link between architecture and furnishing as implemented in the “Tea Rooms”. They were clearly influenced by the Arts and Crafts Movement with its concept of “total artwork” allowing them to transcend structural hierarchies as artists, architects and designers. Taking a genuine Scottish approach combined with the Japanese influence on design language, the symbolism of the MacDonald sisters and Art Nouveau influences from Vienna, he characterised all that was new in the Glasgow Style. 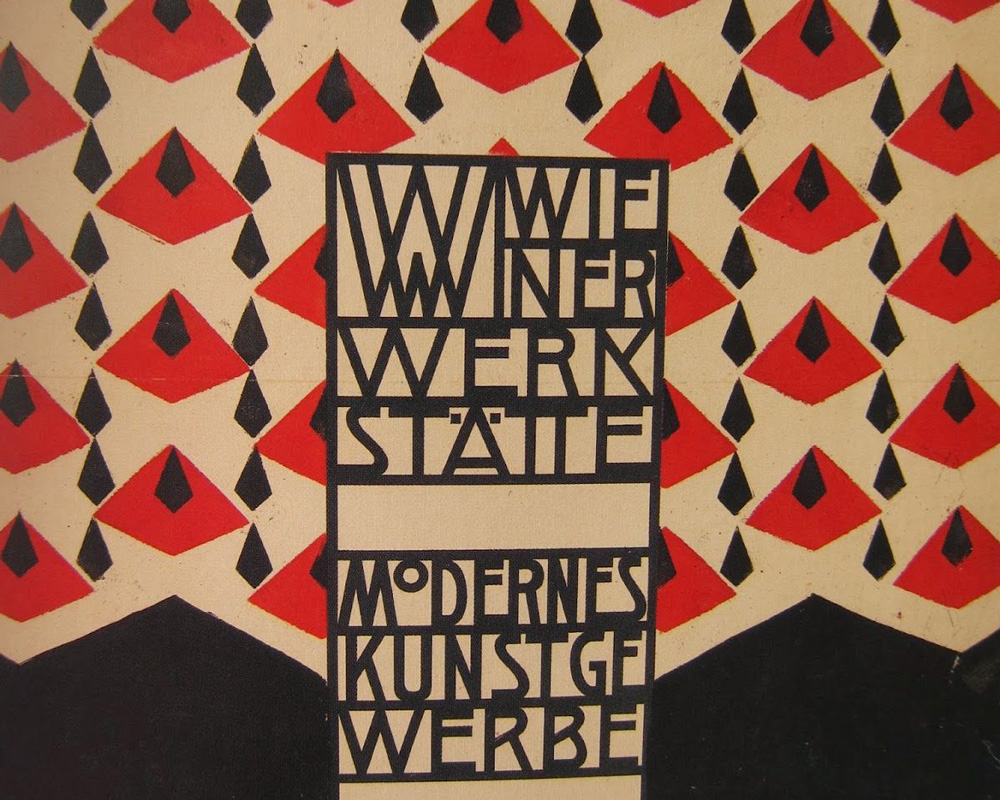 Glasgow and Vienna? In fact, the Austrian influence extended right up north. Take Josef Hoffmann, for example: architect, co-founder of the Vienna Secession and sub-sequently founder of the Wiener Werkstätte, professor at the Vienna School of Art and Crafts and pro-ponent of modern, rational design. His aim was to give people an aesthetic education through the all-encompassing design of everyday objects, in other words by creating total artwork along the same lines as the Arts and Crafts Movement in England.

However, instead or organic curved lines, he soon turned to geometric design, just like the Scotsman Charles Rennie Macintosh.

Was that a coincidence? Hardly. After all, the Netherlands also witnessed a growing reluctance to accept industrially optimised design. De Stijl called itself the movement of protagonists who transposed the aesthetic aspect of geometric style into free art, putting geometric abstraction into painting. Theo van Doesburg spoke of the “desire for style”, the ultimate style of modernism and comprehensive design in all areas, as already advocated by Mackintosh and Hoffmann. “Rooms as accessible works of art”. 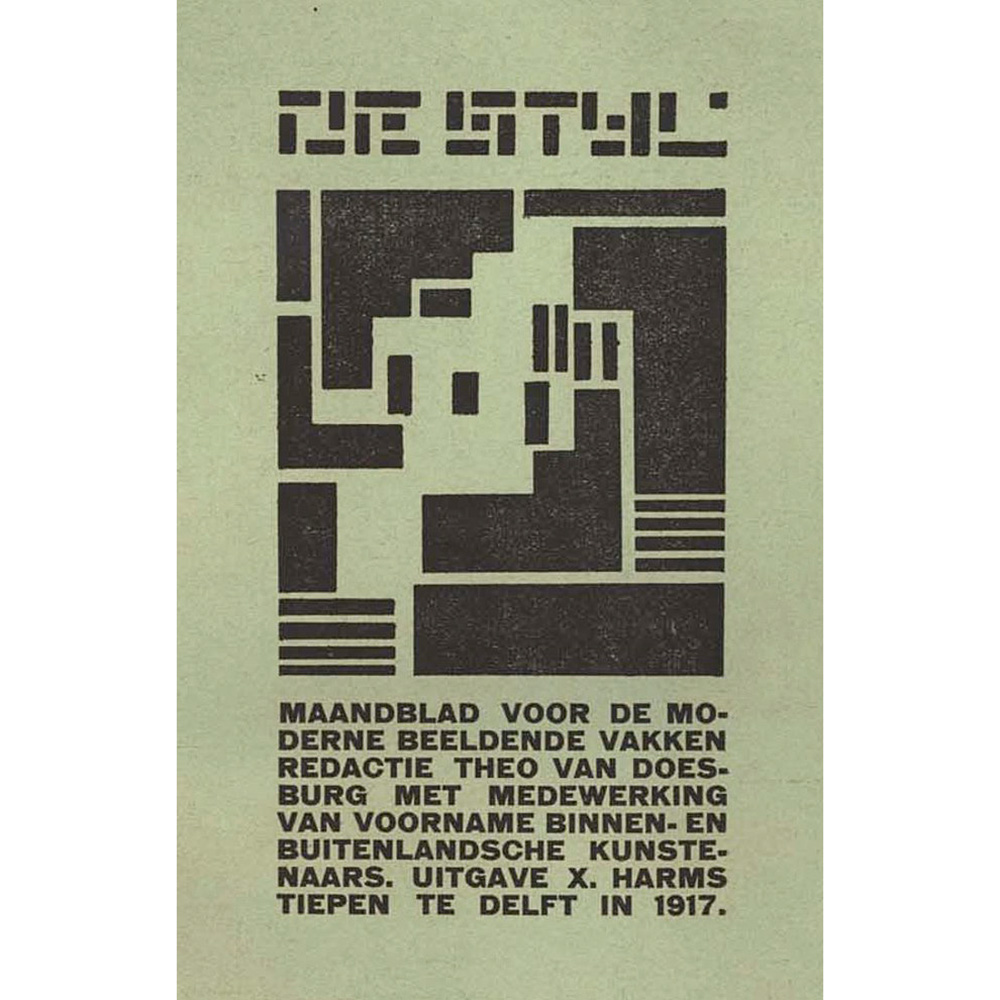 De Stijl was the name given to a group of artists, architects and designers from the Netherlands who formed an art movement in 1917 and published an eponymous journal. 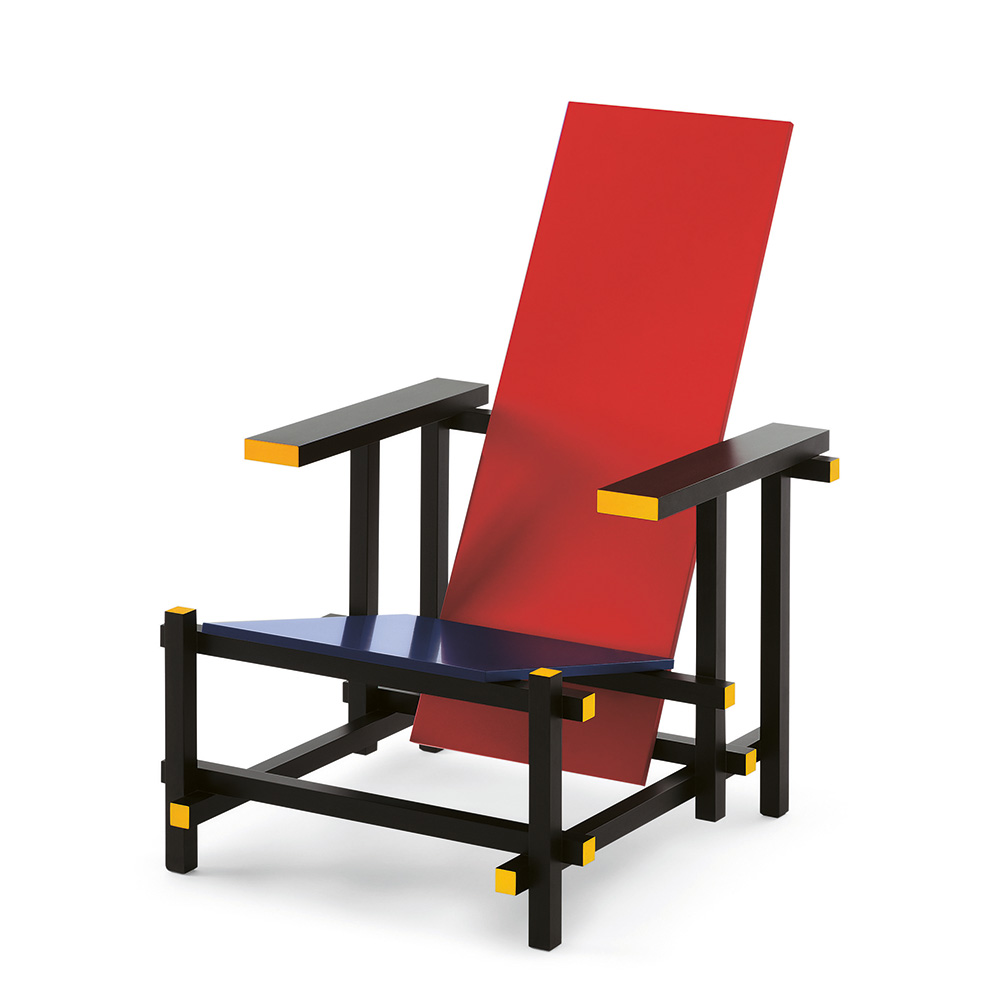 Glasgow, Vienna, the Netherlands: wherever you looked, the new industrial possibilities were giving rise to discussion and debate about the historical and the natural connection between production and design. What about Germany? Well, Germany also had its answer to modernism. In 1906, the third German Arts and Crafts Exhibition in Dresden sought to find a place for art in the new system of industrialisation and its associated capitalism, seeing a chance in efficient production methods. The intention was for the “mass-produced furniture programme” to combine artistic design and high quality standards with machine production on the basis of an objective design language, with applied art playing a central role. Furniture started to be made in mass production at low cost in “noble simplicity” for the newly emerging educated middle classes of the consumer society. Easily combined, with first-rate quality and recognisable corporate identity design, rather than the individual one-off approach. 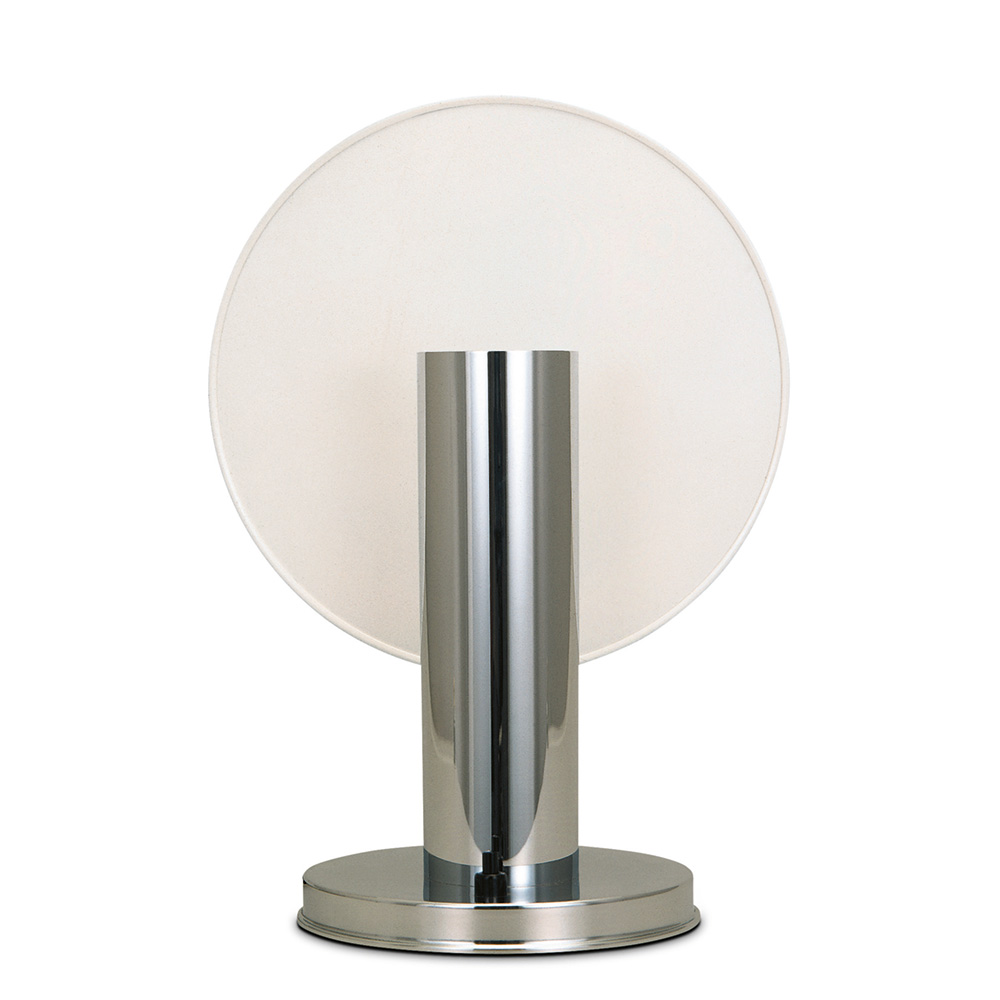 The DS 36 was created in the Netherlands around 1930, towards the end of the Bauhaus era. 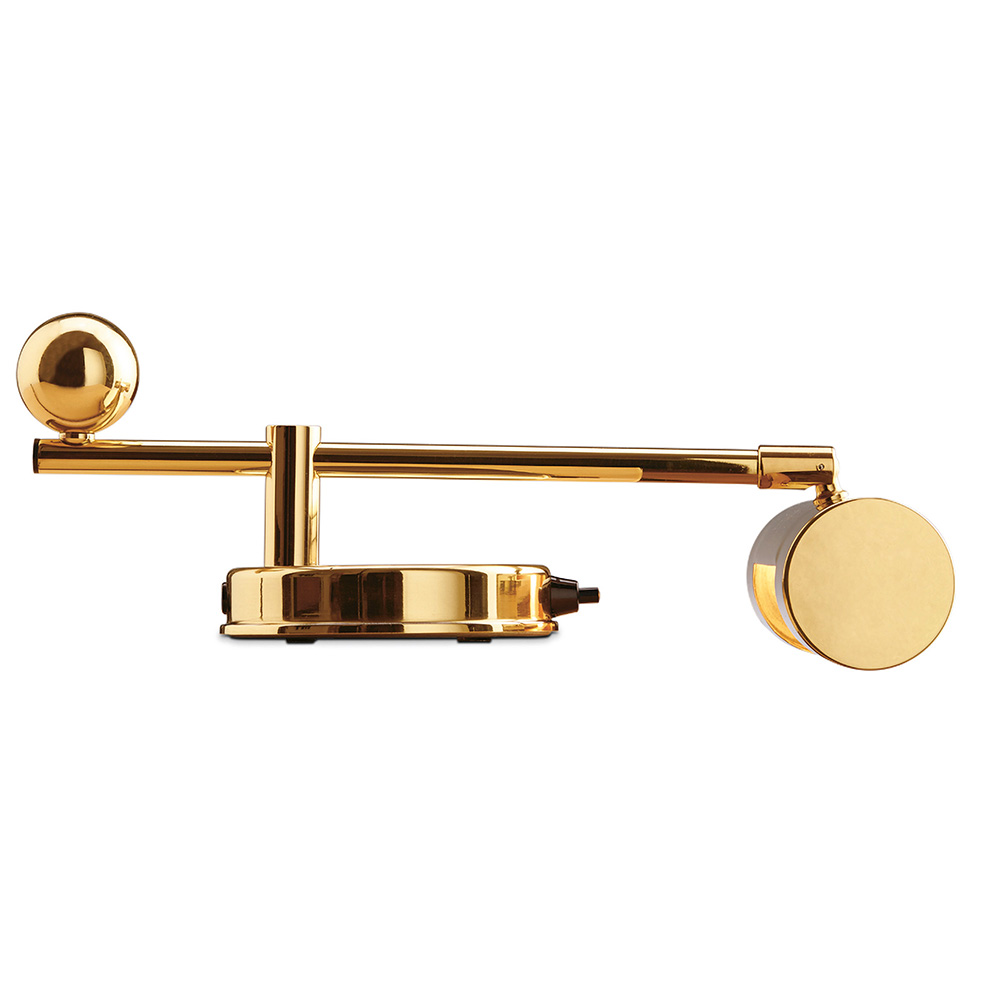 The DS 28 piano lamp is a table lamp reduced right back to basics from the repertoire of the De Stijl movement. 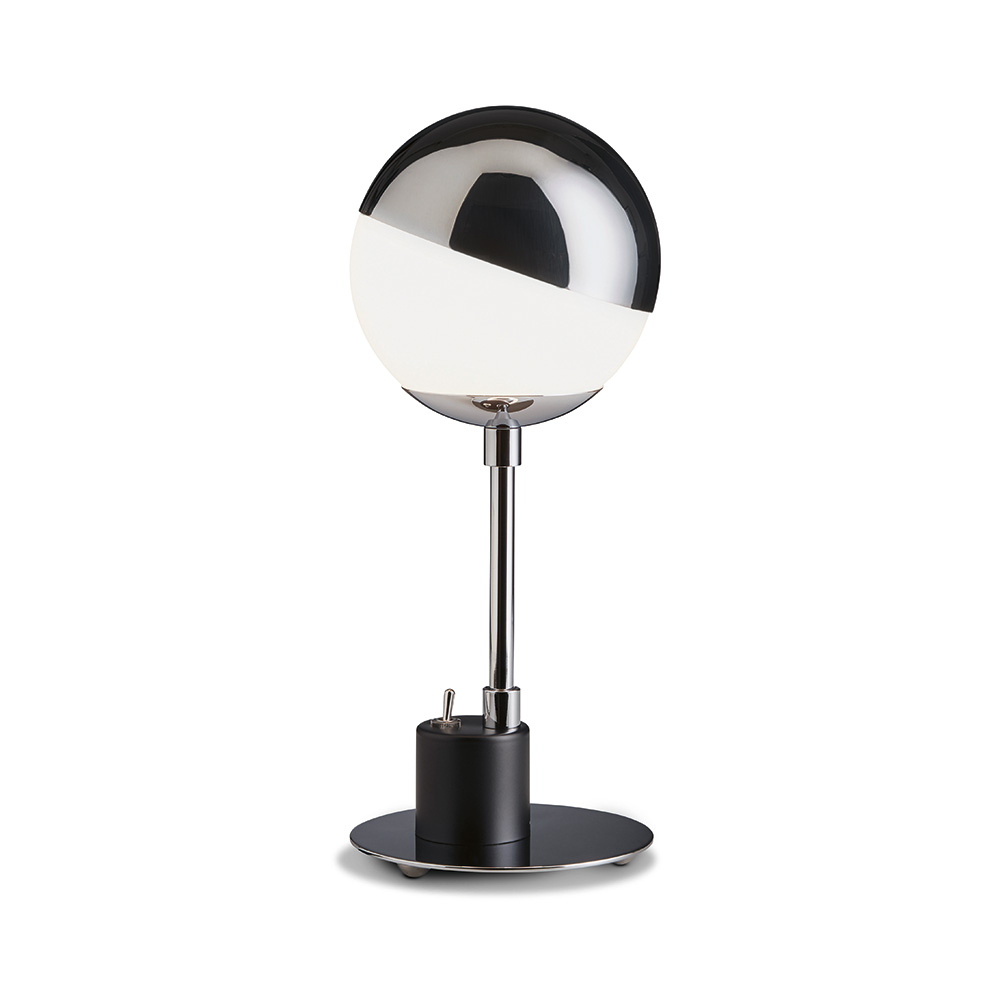 The design of the table lamp SF 28 came from the group of architects who worked parallel to the Bauhaus in Swedish functionalism.

Two of the most successful proponents were Richard Riemerschmid, co-founder of the German Association of Craftsmen, and Bruno Paul, with their mass-produced furniture according to the type furniture programme. The German Association of Craftsmen founded in 1907 by twelve artists and architects saw itself as a platform for promoting cooperation between designers and industry, including: AEG and Kaffee Hag. The aim was to achieve a systematic approach to design in the context of industrial production. But how? By restricting artistic freedom? Designers as service providers for industry? The debate culminated in a dispute at the German Association of Craftsmen in 1914. Hermann Muthesius and his ten theses demanded that art and design should be separated seeking to establish a German style that would be a com- mercial success and lead to global exports, thus establishing a new understanding of design and designers. Henry van de Velde on the other hand believed in the role of artists working with artistic freedom and thus independently from industry. 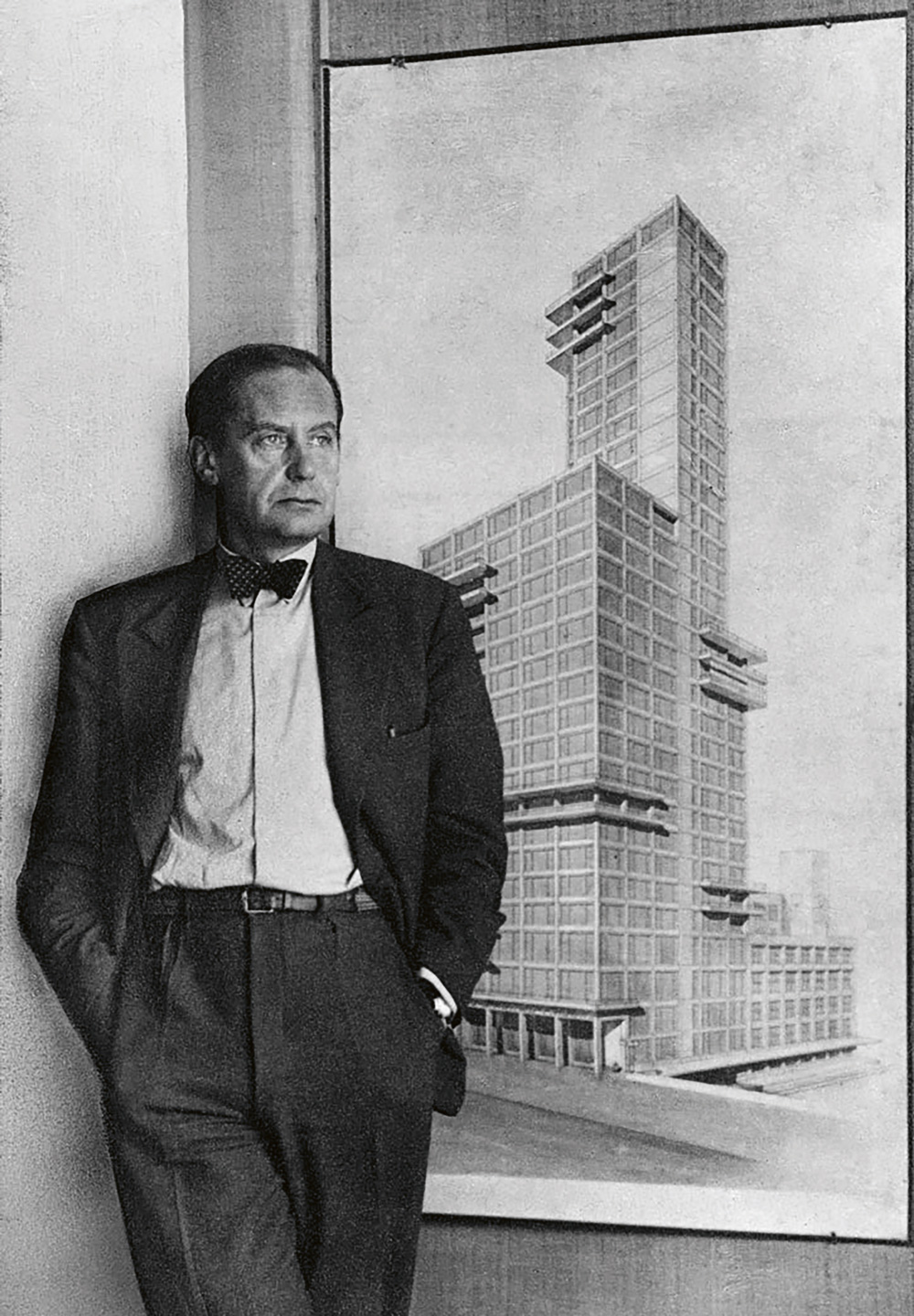 Like van de Velde, Walter Gropius didn't reject industrial production as such and similarly also tried to find a formula for the relationship between art and technology. In the end, he established his position by founding his Bauhaus and with his state- ment “Art and Technology – a New Unity”. Admittedly, this connection was not really ‘newˇ. Initially, the proponents of the newly founded school did not set great score by industrial manufacturing. The move to take emotion out of the equation and to combine geometry and machine aesthetics had nothing to do with actual industrial mass production. Instead, Bauhaus and its protagonists strived to eliminate the distinction between art and craft: this was a goal they shared with the Arts and Craft Movement. “When we design a bottle, we should ask whether it will work, whether it will meet all the demands made of a bottle, whether it could work even better and, finally (...) whether it is nice to look at.” In the end, modernism also had its impact on Bauhaus. Hannes Meyer, one of the best known functionalist architects of the 1920s and Bauhaus director from 1928, brought industrialisation and mass production with him, thus also making industry a partner of Bauhaus. This consistent collaboration with industrial production, and with the manufacturing process which was thus transformed accordingly, changed the approach to the design process itself. A new profession emerged that bridged the gap between history and modernism, between art and craft. Bauhaus became the “School of Design”, offering designers the necessary training.