The History of the Bauhaus

As short as its existence might have been, its concept was highly versatile. The Bauhaus school, founded in 1919, was not merely an experimental school with a wide range of educational opportunities in the fields of arts and crafts. The idea also had an impact on the social and cultural spheres of life in that it united a multitude of different voices and transformed itself into something new with each of its directors. 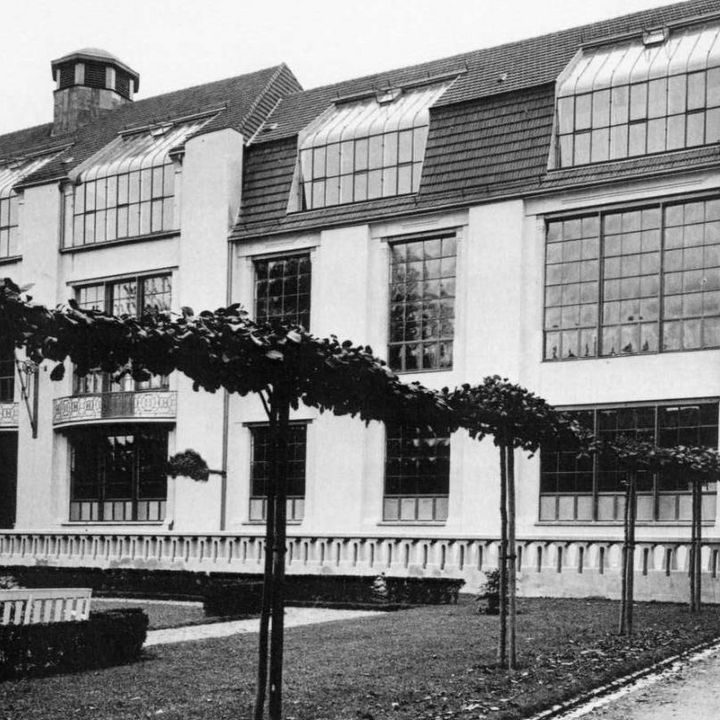 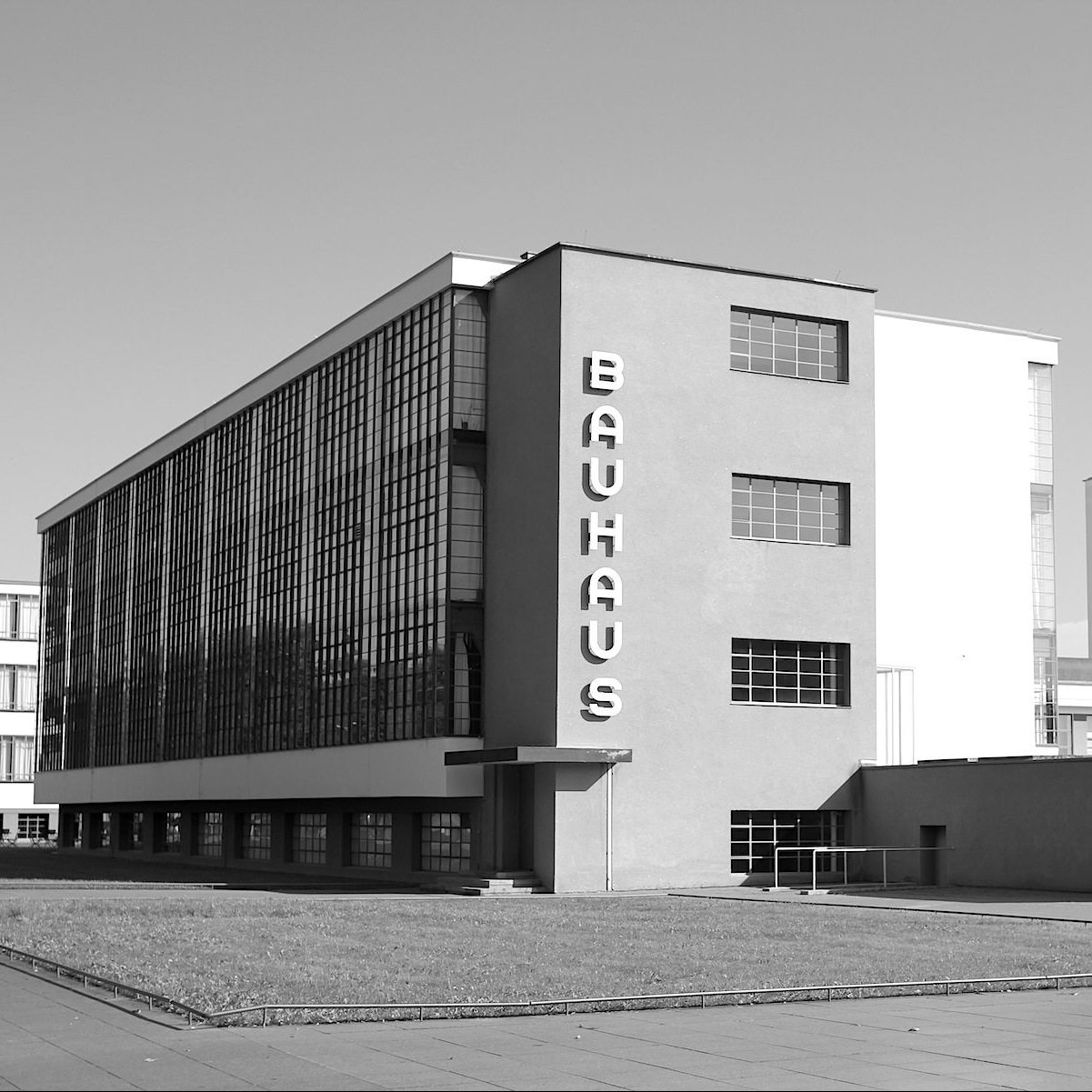 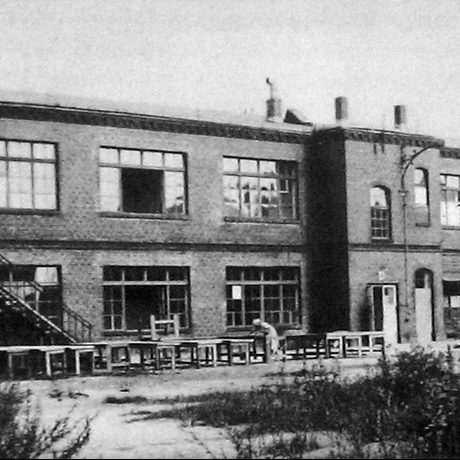 The Bauhaus building on Birkbuschstrasse in Berlin-Steglitz

Bauhaus. A manifesto. The philosophy, which was originally formulated by Walter Gropius, first and foremost encompassed the human being as a whole: artistic, scientific and technical questions were combined with new forms of life and art-pedagogical concepts. The school was intended to enable nothing less than training a new generation of designers. The work done in the workshops and the handling of different materials, guided and shaped by wellknown artists such as Gerhard Marcks, Paul Klee and Oskar Schlemmer, remain an educational concept in design and architecture schools to this very day.

The Swiss architect and advocate of functionalism, Hannes Meyer, already head of “Baulehre” (architectural theory) at the Bauhaus school in OWPU, opposed the teamwork concept with the “Gesamtkunstwerk” (synthesis of the arts). Instead of “art and technology”, it was now “people’s needs instead of luxury”. Plywood, steel and aluminium were introduced and practicality was at the heart of everything: chairs had to be collapsible, and cupboards had to be mobile. 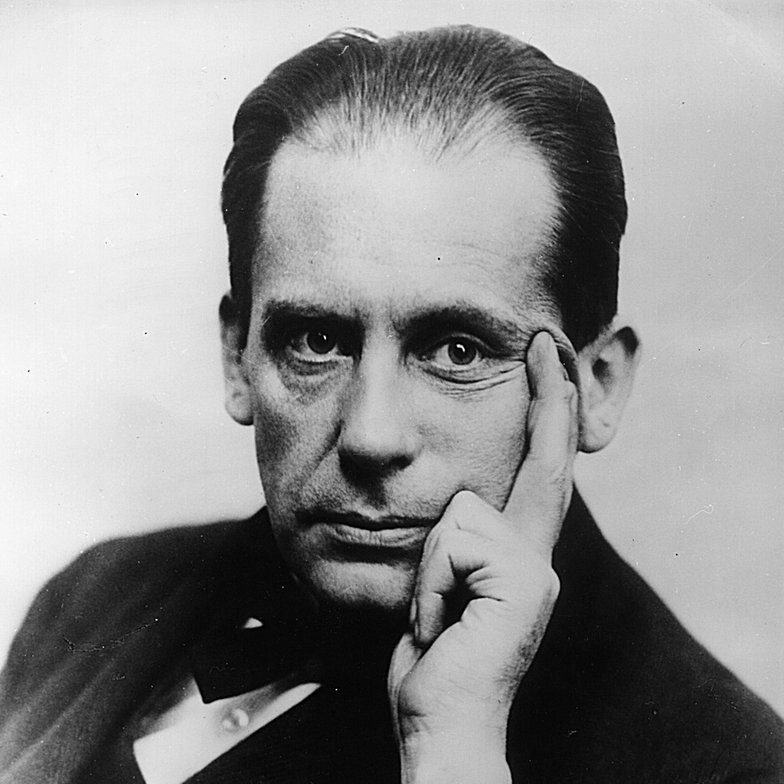 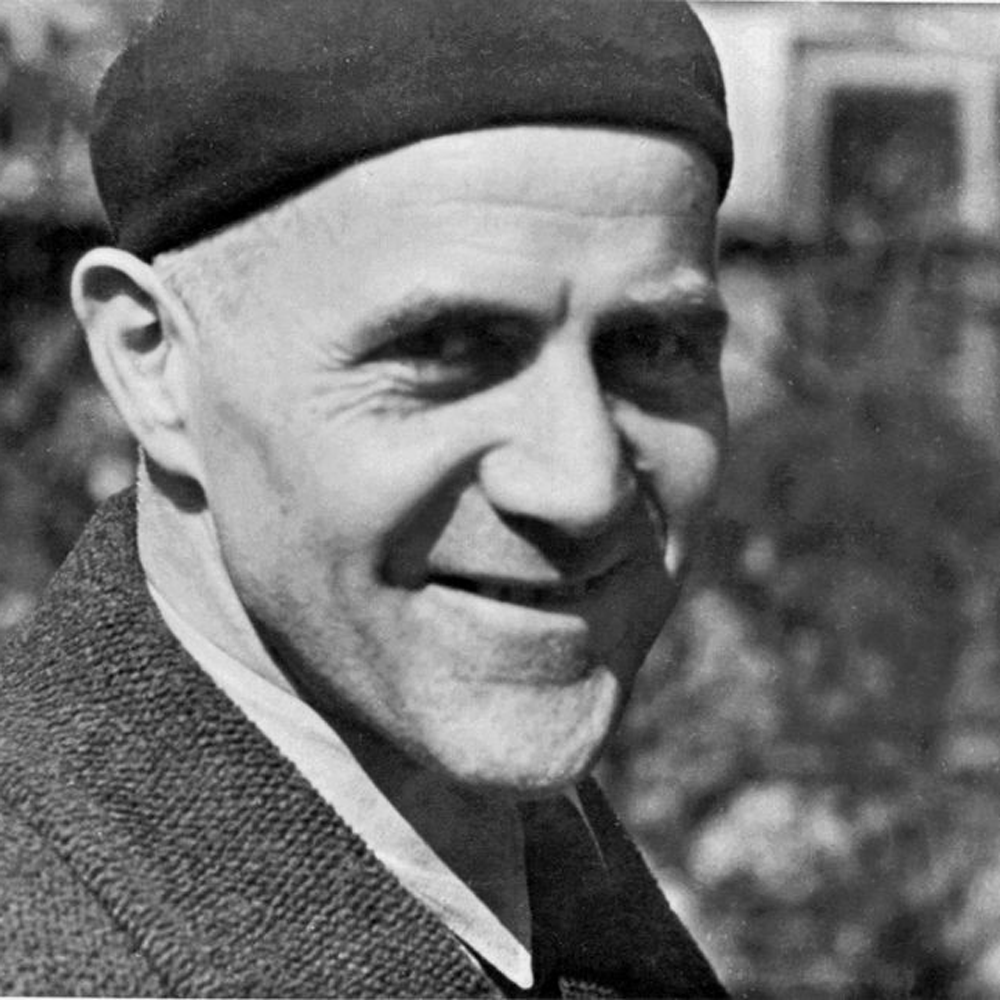 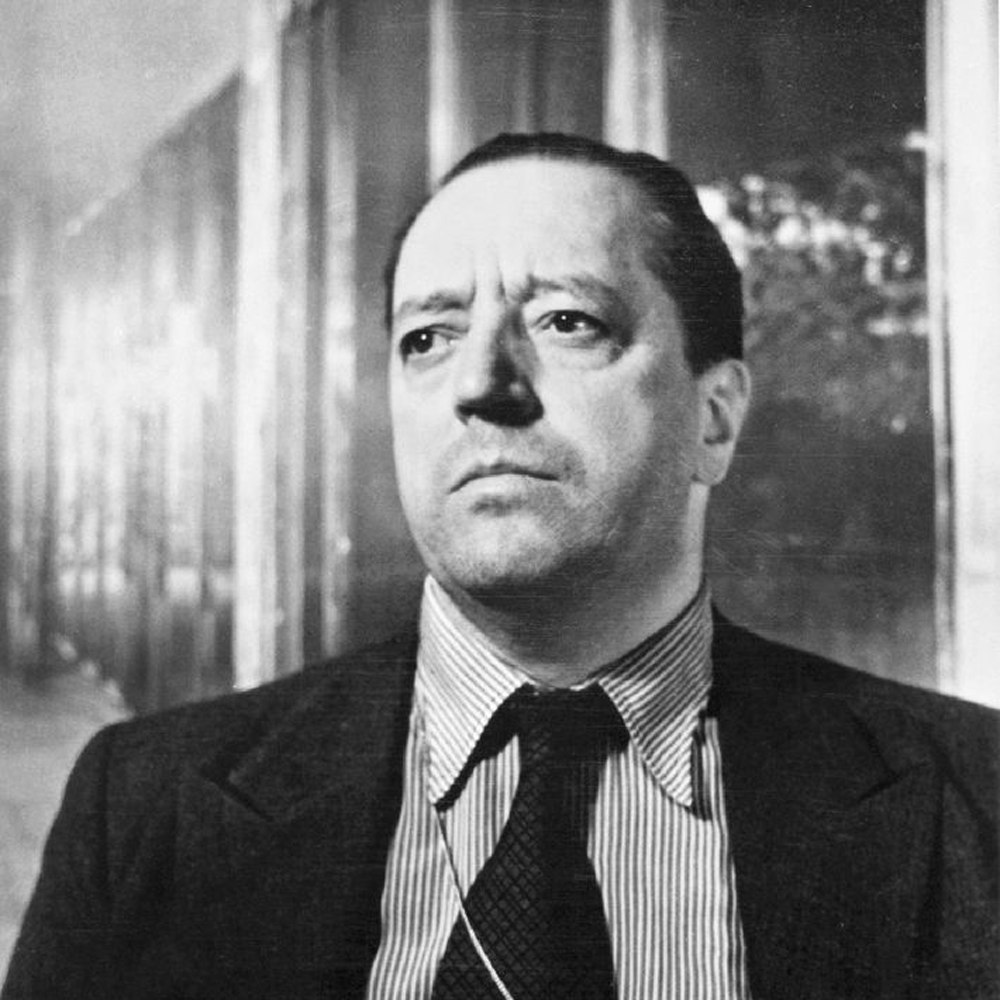 After a mere two years, the third and final director, Ludwig Mies van der Rohe, followed. His focus was on the function of the school. The production department, built in accordance with Henry van de Velde’s designs, was abandoned, the preliminary course cancelled, and the focus shifted to architecture.

However, it was not Gropius alone who shaped what we today refer to as being “typical Bauhaus”. His successors’ legacy is also found in the clear design vocabulary, the guiding principle of “form follows function”, as adopted by the American architect, Louis Sullivan, and the combination of industrial production processes with creativity in craftsmanship and design.

The essence of the Bauhaus idea was found in the comprehensive education of a new generation of proficient and committed designers. This was done with the objective of revolutionising everyday life and creating a new and better world.

In order to achieve this, Walter Gropius developed the Bauhaus teachings. The traditional form of academic teaching was abolished and replaced by a pluralistic educational concept that promoted the individual development of creative talents and methods. The academic prerequisites for admission were abolished: every gifted young person was to be afforded the opportunity to study at the Bauhaus school – regardless of the school leaving certificate, nationality or gender. Bauhaus workshops were at the heart of the design training, and here the areas of teaching and practice were not considered separately.

Under the direction of László Moholy-Nagy, the “Laboratorium für Design“ (Laboratory for Design) produced designs such as the Bauhaus lamp by Wilhelm Wagenfeld and the tea pot by Marianne Brandt, which are still iconic items of everyday use today.

The Bauhaus school was and is so multi-faceted and heterogeneous that deriving a uniform style is impossible. And this is what makes it so interesting and topical to this very day. The democratic idea, the demonstrative forthrightness and modernity, as well as the timeless topicality of the “Bauhaus classics”: all serve to illustrate the social self-understanding. Thus, Gropius’ guiding idea of synthesis of the arts through the collaboration of art and craftsmanship has once again come to the fore. Today, workpieces such as the Bauhaus lamp represent a symbol of the cosmopolitanism and diversity that made the Bauhaus school in Weimar the starting point of an epoch in 1919. 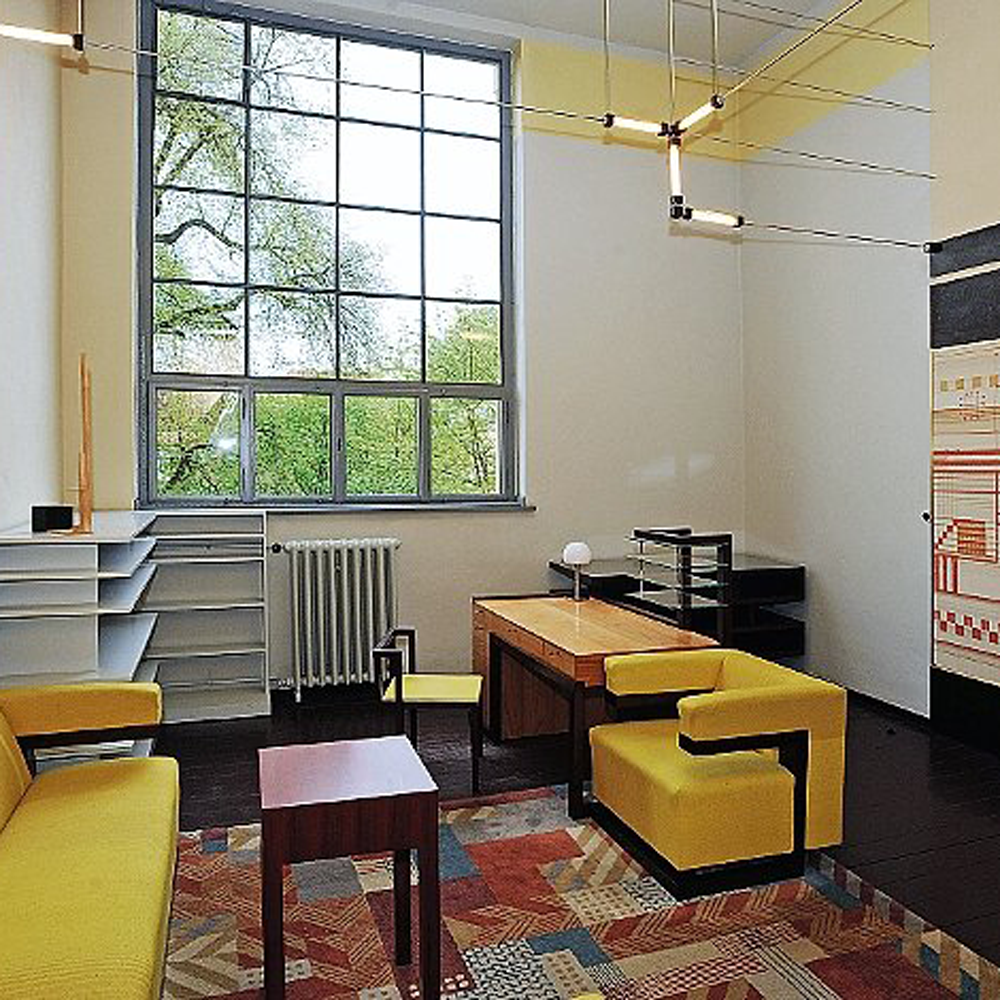 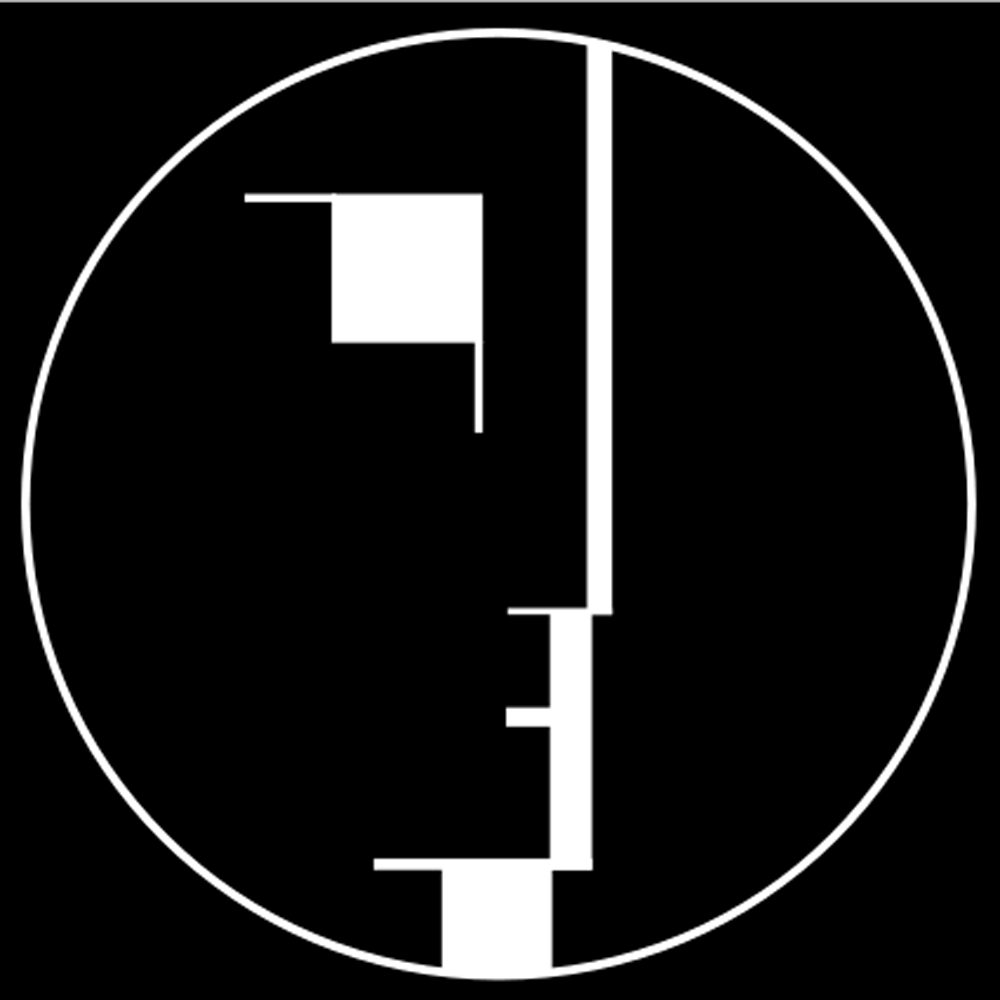 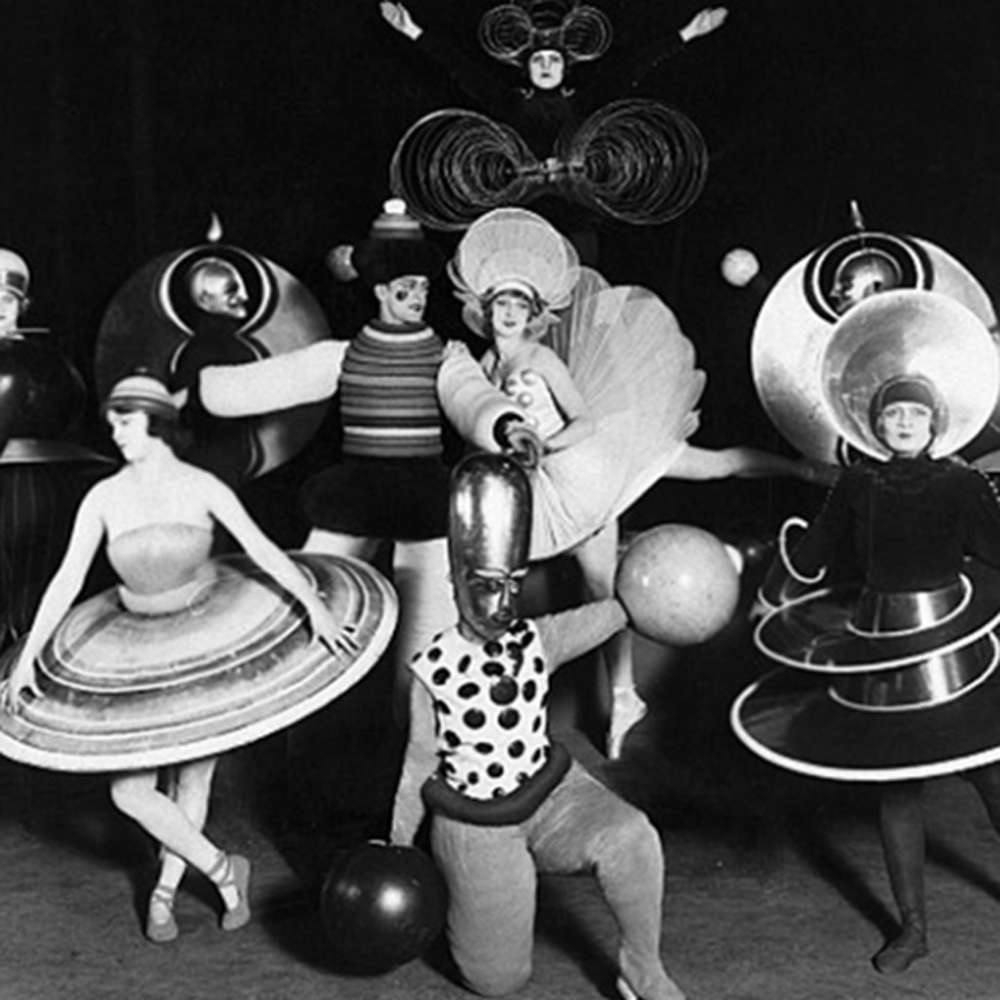 The Triadic Ballet by Oskar Schlemmer

Group picture in the metal workshop at the Bauhaus school in Weimar, around OWPR. Front: Gerhard Vallentin, Laszlo Moholy-Nagy, Wilhelm Wagenfeld and Otto Rittweger Back: Marianne Brandt, Christian Dell, Josef Knau, Max Krajewski and the arms of Hans Przyrembel
This website uses cookies and related technologies. If you continue to use the website, we assume your consent. You can find more information in our data protection declaration .